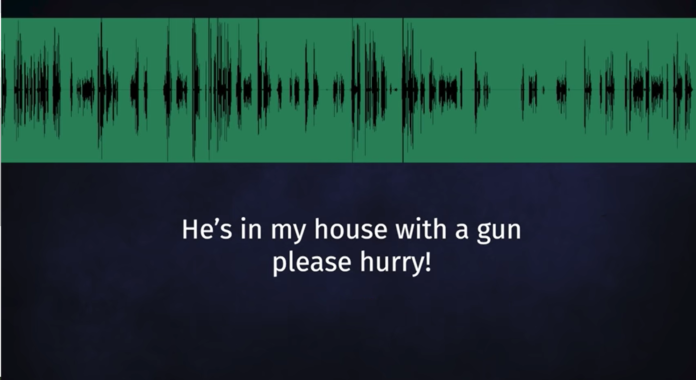 ARIZONA — The Phoenix Police Department released video Monday that shows an officer-involved shooting which occurred on February 6, 2021 in the area of 43rd Avenue and Cactus Road.

The following is a summary of events released by the department:

This incident started just before noon when 911 received a call from a woman who said there was an unknown man in her backyard, and that he was armed. The suspect was later identified as 29-year-old Anthony Greco.

While the responding officers were on their way, they learned Greco was now inside of the home with the victim.

Once the officers were on scene, they were able to have the woman exit the home through a window to safety. After the victim was out of the home, the officers began working to establish communication with Greco, who was still inside of the home. Two officers positioned themselves to the rear of the home, behind the block wall around the backyard.

As more officers were arriving, Greco exited the rear arcadia door into the backyard. An officer could see Greco was still armed with a handgun, so he gave Greco commands to drop the gun. Greco refused, walked towards the officer and raised the firearm. On the body worn camera Greco can be heard saying “shoot me” just before the officer fired one round from his rifle, striking Greco.

After the shooting, officers moved to the backyard to contact Greco. The officers could not see the gun, which was positioned under Greco who was lying face down. Due to the proximity of Greco to his gun, the officers spent several minutes attempting to have Greco move away from it, using commands and less lethal bean bag rounds. As the officers moved in closer, they utilized two more bean bag rounds so that they can safely approach. When they reached Greco, they moved him away from his gun, and provided first aid. Greco was pronounced deceased on scene by the Phoenix Fire Department.

Officers later learned that two days prior to this incident, Greco kidnapped one of his family members at gunpoint and stole their vehicle and gun. The stolen vehicle, which Greco arrived in, was found parked in front of the victim’s residence. And the stolen gun which was used by Greco was recovered next to him.

There was one officer involved in the shooting. He is assigned to the Cactus Park Precinct, 39-years-old, and has three years of service with the Phoenix Police Department.

There were no injuries to officers or other community members.