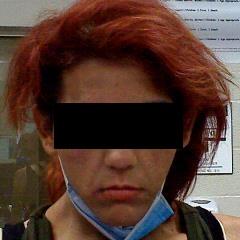 The incident occurred at around 11:15 a.m., when agents patrolling near Interstate 8 and Jeffery’s Road stopped a vehicle suspected of alien smuggling.

U.S. Border Patrol agents arrested a woman on Thursday previously convicted of a sexual offense and with a previous felony smuggling conviction.After a brief interview, agents determined that the driver of the vehicle was attempting to smuggle two illegal aliens from Mexico. The driver and passengers were placed under arrest and were transported to the El Centro Border Patrol Station for further processing.

At the station records checks revealed that the female driver, a 21-year-old United States citizen, had a conviction on September 5, 2017, for “Annoying and Molesting Children” out of San Bernardino. The woman was sentenced 20 days confinement and 36 months of probation for her conviction.

Additionally, the woman had a felony conviction on August 12, 2019, for “Bringing In and Harboring Illegal Aliens” out of El Centro. She was sentenced to 174 days confinement and 36 months of supervised release.

The woman was processed criminally for 8 USC 1324 Bringing In and Harboring Illegal Aliens.

In fiscal year 2020, El Centro Sector Border Patrol agents have arrested and removed 43 individuals either convicted or wanted on sexual offense charges after they entered the United States illegally.