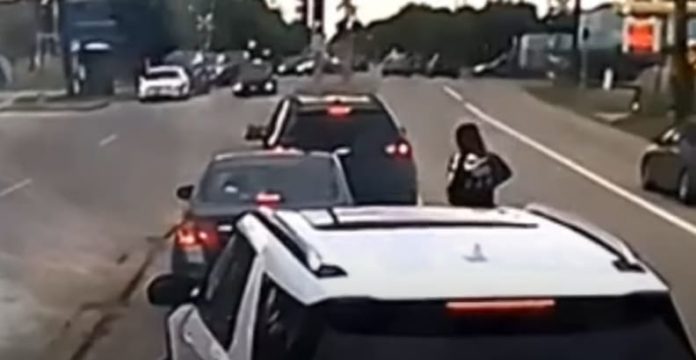 The Houston Police Department is seeking the public’s help identifying the suspects responsible for a robbery by force:

On Saturday, September 18, 2021 at around 2:15 pm, the complainant was stopped at a red light at an intersection at the 1800 block of Broadway, in Houston, Texas. The complainant stated that an unknown male suddenly appeared by her passenger door, punched the window while wearing gloves, causing the window to break, and then reached into her vehicle and grabbed her purse. The suspect then got into the passenger seat of a newer model Ford Explorer as the driver made a U-turn and drove off.

The complainant stated that prior to the incident, she was at a bank withdrawing money at the 1100 block of Southmore and noticed the same vehicle in the parking lot and believes that the suspects followed her.

Houston Police Robbery Detectives established the license plate of the Ford Explorer as NVM0236, however, after a lengthy investigation, the whereabouts of the vehicle, or the identity of the suspects, have not been established.