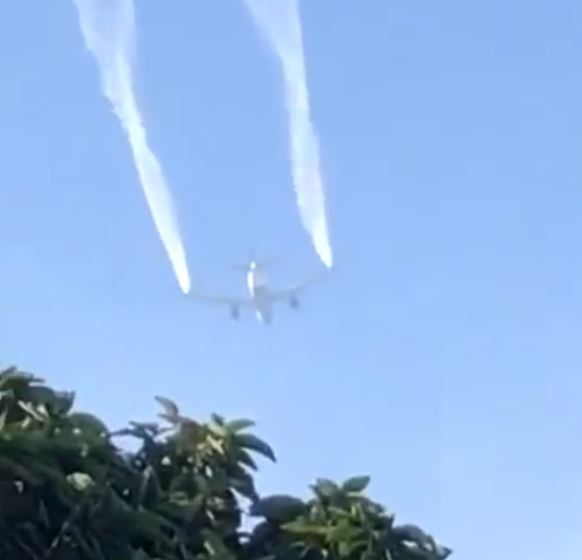 A flight that had just taken off from LAX reportedly dumped jet fuel on an elementary school playground in Cudahy, California, after it needed to make an emergency landing back at the airport, Tuesday..

First responders were called to the scene in the 8000 block of Park Avenue around 12:30 PM local time. It is believed the school is Park Avenue Elementary.

Fire officials said they were assessing 26 patients, 17 children and 6 adults, as children were on the playground at the time of the incident—all were being treated for minor injuries.

Delta Flight 89 was en route from Los Angeles to Shanghai when it reported engine failure, made an emergency fuel dump and then returned safely to Los Angeles International Airport, according to initial social media reports.