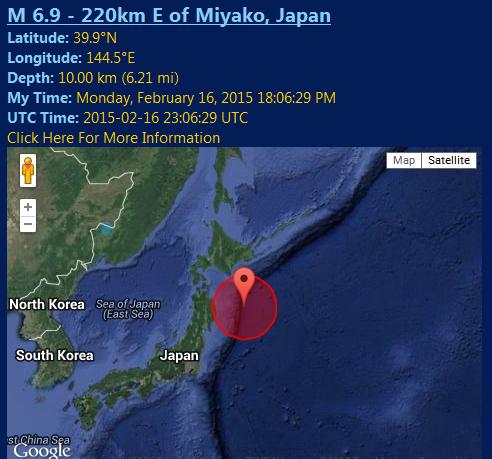 TOKYO- An earthquake with a preliminary magnitude of 6.9 was recorded off Honshu in northern Japan on Tuesday, the US Geological Survey (USGS) said.

The quake was measured at a depth of about 10 km. Japanese broadcaster NHK also put the magnitude at 6.9.

U.S. Geological Survey says a 6.8 magnitude earthquake has been recorded off #Honshu in northern #Japan – a tsunami warning has been issued