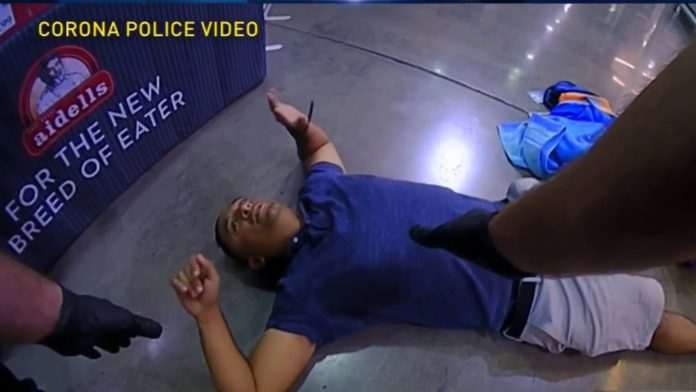 OAKLAND – California Attorney General Rob Bonta today announced the arrest and filing of felony charges for alleged voluntary manslaughter and assault with a semiautomatic firearm against former Los Angeles Police Department officer Salvador Sanchez, as a result of an off-duty shooting that occurred during a Costco shopping trip in Corona, California in 2019. The charges announced today come after the conclusion of proceedings at the local level and a subsequent review of the incident by the Attorney General’s Office as authorized under Article V of the California Constitution. Sanchez was arrested this morning in Riverside County.

“Where there’s reason to believe a crime has been committed, we will seek justice,” said Attorney General Bonta. “That’s exactly what these charges are about: pursuing justice after an independent and thorough review of the evidence and the law. Ultimately, any loss of life is a tragedy and being licensed to carry a gun doesn’t mean you’re not accountable for how you use it. No matter who you are, nobody is above the law.”

According to court documents, on June 14, 2019, Sanchez, while off-duty, shot and killed 32-year-old Kenneth French inside a Costco. Sanchez also shot and wounded Kenneth’s parents, 58-year-old Russell and 59-year-old Paola. Following a review of the incident by the Attorney General’s Office, Sanchez now faces a total of three felony charges for his actions that resulted in the death of one individual and the serious injury of two others.

FOX 11 reported: According to family members, Kenneth was non-verbal and intellectually disabled.

Corona police said that Sanchez was shopping at Costco with his family, holding his child in his arms, when, “without provocation, a male unknown to the officer’s family assaulted the officer.” The French family and their attorney, Dale Galipo, have conceded that Kenneth shoved Sanchez to the ground for unknown reasons.

According to the officer’s attorney, David Winslow, Sanchez briefly lost consciousness, and when he awoke, he was on the ground and his 18-month-old son was next to him screaming. Winslow said the officer “had no choice but to use deadly force.”

#BREAKING: Charges have been filed against an off-duty Los Angeles Police Department officer who shot a 32-year-old man to death and injured his parents inside a Costco in Corona in 2019. https://t.co/ZHhX9SCt8J