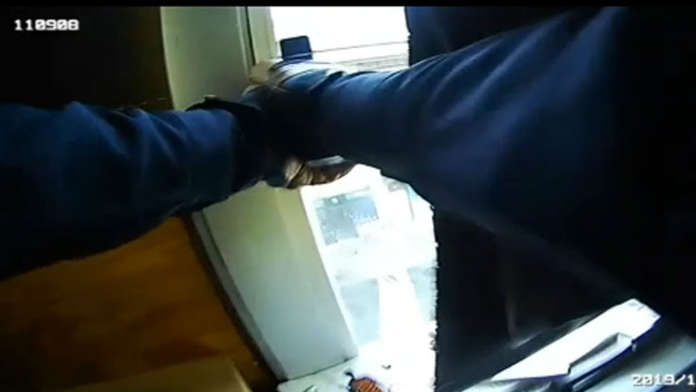 NEW JERSEY — (Scroll Down For Video) — Body cam footage of the deadly shootout in Jersey City at a kosher market was released Thursday.

In the footage, you can see a police officer shoot at the suspects from the fourth floor of a school across the street.

On December 10, the attack was carried out at a Jewish-owned kosher grocery store located in the Greenville section of Jersey City, New Jersey. Five people were killed at the store, including the two assailants and three civilians whom they attacked.

The shooters were identified as David N. Anderson, 47, and Francine Graham, 50.

The deceased suspects, were members of the hate group known as the ‘Black Hebrew Israelite movement,’ which has no connection to mainstream Judaism.