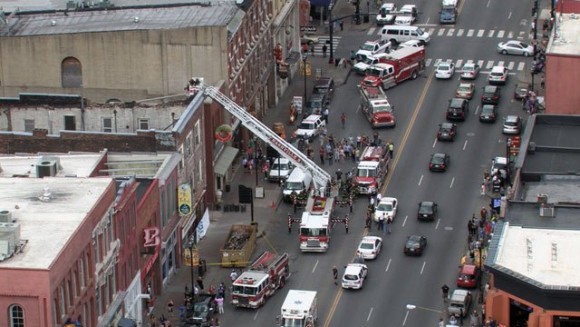 The address of the incident is 310 Broadway. A Google search shows the location as Savannah’s Candy Kitchen.

The building was under construction at the time of the collapse. No one was injured.

This is a breaking story. Check back for updates.