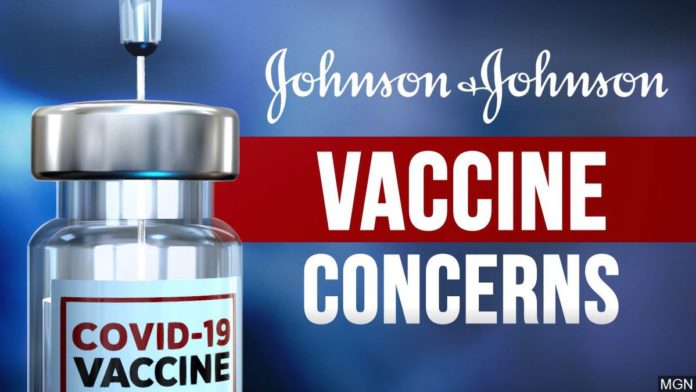 This afternoon, the U.S. Centers for Disease Control & Prevention (CDC) confirmed to the Virginia Department of Health (VDH) that it is examining the March death of a Virginia woman as part of its investigation into possible adverse side effects from the Johnson & Johnson COVID-19 vaccine.

No additional details were provided and the woman was not identified.

Earlier Tuesday, the CDC and the U.S. Food and Drug Administration (FDA) called for a pause on the use of the Johnson & Johnson vaccine after six recipients in the United States developed a rare disorder involving blood clots within about two weeks of vaccination.

To date, more than 6.8 million people in the United States have received Johnson & Johnson vaccines and six recipients are known to have developed a type of blood clot called cerebral venous sinus thrombosis (CVST) in combination with low levels of blood platelets (thrombocytopenia). All six cases occurred among women between the ages of 18 and 48, and symptoms occurred 6 to 13 days after vaccination.

Dr. Anthony Fauci, director of the National Institute of Allergy and Infectious Diseases, and Jeff Zients of the White House Covid-19 Response team talked about the Johnson & Johnson vaccine halt at the White House Tuesday. Watch below.

People who have received the Johnson & Johnson vaccine who develop severe headache, abdominal pain, leg pain, or shortness of breath within three weeks after vaccination should contact their health care provider or call 911 if it is a medical emergency.