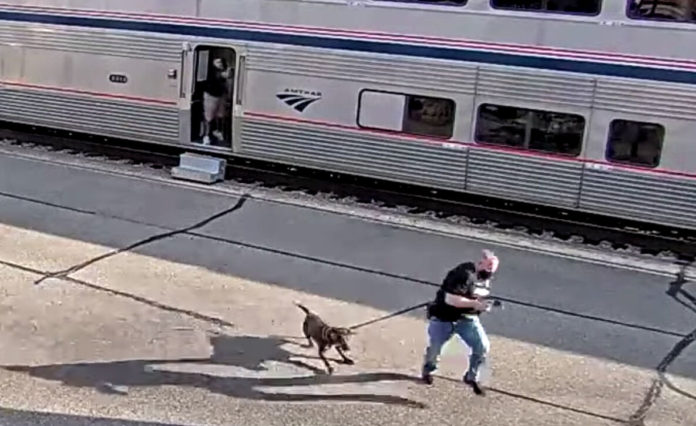 ARIZONA – A Drug Enforcement Administration (DEA) agent was fatally shot and two other law enforcement officers were injured while aboard an Amtrak ‘Sunset Limited’ train in Tucson Monday morning.

KPHO reported: [A] DEA agent is in critical condition and a Tucson police officer who responded to the scene is in stable condition at an area hospital. According to Tucson police, authorities were conducting a routine check for illegal guns, money, and drugs when they boarded the train. At that point, DEA agents came across two suspects who were questioned. One of the suspects was detained and the other suspect fired at officers on the train.

Police said the suspect barricaded himself on the train after the shooting and was later found dead in a bathroom aboard the train.

The shootout was partially captured on video.

The investigation is ongoing. Watch the press conference below.