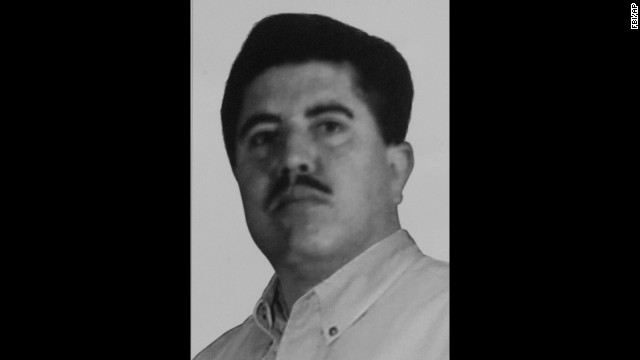 A superseding indictment was filed today in federal court in Brooklyn charging Vicente Carrillo Fuentes with running a continuing criminal enterprise, as well as firearms offenses, money laundering and other drug-related crimes through his leadership of the Juarez Cartel, a violent drug trafficking organization. Carrillo Fuentes was arrested by Mexican authorities in October 2014 and is presently incarcerated in Mexico.

“As alleged, Vicente Carrillo Fuentes was responsible for importing thousands of kilograms of poisonous cocaine into the United States, conspiring to murder his organization’s rivals and reaping tens of millions of dollars in drug trafficking profits,” stated United States Attorney Donoghue. “This indictment and our determination to bring him to justice demonstrates, once again, that if you are ruthless enough and dumb enough to run a Mexican drug cartel, we have an American jail cell waiting for you.”

“Like dominoes, another alleged leader of a Mexican drug cartel has fallen for his role in leading a continuing criminal enterprise that fueled drug addiction and drug-related deaths,” stated DEA Special Agent-in-Charge Donovan. “The American judicial system’s reach goes beyond borders to bring international drug traffickers to justice. I applaud the Government of Mexico, the United States Attorney’s Office for the Eastern District of New York and our law enforcement partners for their mutual partnership in drug trafficking investigations.”

“Carillo Fuentes, the leader of the Juarez Drug Cartel, allegedly funneled vast amounts of addictive drugs into the United States for more than 20 years, and threatened to kill anyone who challenged his position or organization,” stated HSI Special Agent-in-Charge Fitzhugh. “HSI’s patience and resolve in investigating drug cartels has led to the arrests of narco-traffickers at the highest levels and the systematic dismantlement of their infrastructure, brick by brick.”

“This investigation is yet another example of law enforcement partners working collaboratively to get dangerous individuals and deadly drugs off our streets. I want to thank our federal, state and local partners for their ongoing hard work and collaboration on this case, which has resulted in disruption of a major drug trafficking operation and removal of a dangerous criminal who profited at the expense of our communities,” stated NYSP Superintendent Corlett.

According to the superseding indictment, between January 1990 and October 2014, Carrillo Fuentes was responsible for the importation into the United States, and distribution of, hundreds of tons of cocaine. To ensure the success of his cartel, he employed individuals to obtain transportation routes and warehouses to import and store narcotics, and “sicarios,” or hit men, to carry out kidnappings and murders in Mexico to retaliate against rivals who threatened the cartel. Until 2004, Carrillo Fuentes and the Juarez Cartel were closely aligned with the Sinaloa Cartel, led by Joaquin Guzman Loera, also known as, “El Chapo,” and Ismael Zambada Garcia, also known as, “El Mayo.” Those cartels shared investments in drug shipments, transportation infrastructure and contacts with corrupt government officials to facilitate the transfer of drugs through Mexico. The millions of dollars generated from the drug sales were then transported back to Mexico.