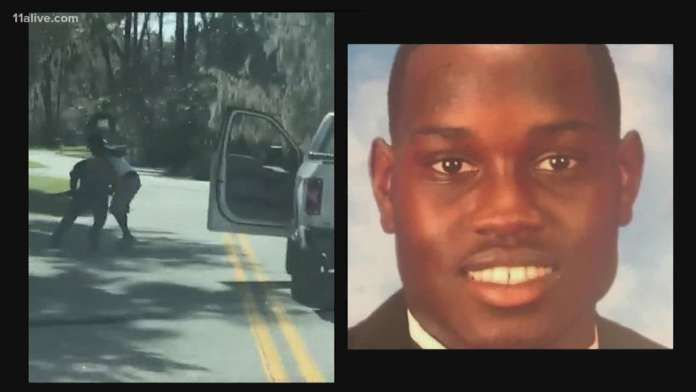 GEORGIA — The GBI arrested Gregory McMichael, age 64, and Travis McMichael, age 34, for the death of Ahmaud Arbery. Arbery was unarmed and fatally shot while jogging.

The father and son were both charged with murder and aggravated assault. The McMichaels were taken into custody and booked into the Glynn County Jail.

On February 23, 2020, Ahmaud Arbery was in the Satilla Shores neighborhood in Brunswick, GA when both Gregory and Travis McMichael confronted Arbery with two firearms. During the encounter, Travis McMichael shot and killed Arbery.

The McMichaels say it was self-defense and had followed Arbery in their truck because they believed he was responsible for a string of burglaries in Satilla Shores. There is no evidence Arbery committed the burglaries.

“Earlier this week, I watched a video depicting Mr. Arbery’s last moments alive. It is absolutely horrific, and Georgians deserve answers,” Gov. Brian Kemp said. “I have confidence in Vic Reynolds and the Georgia Bureau of Investigation. I know they will work around the clock to thoroughly and independently investigate Mr. Arbery’s death to find the truth. In these moments, please pray for his loved ones, the local community, and our state.”

President Trump on Ahmaud Arbery shooting: "I'm getting a full report this evening. My heart goes out to the parents and to the loved ones of the young gentleman. It’s a very sad thing." pic.twitter.com/xYwjaLp7F1

.@ABC NEWS EXCLUSIVE: Ahmaud Arbery’s mother Wanda Cooper-Jones and her attorney Lee Merritt are speaking out about his death and demanding answers on why no arrests have been made. https://t.co/ApV79LlpiL pic.twitter.com/Ha1EnuYqQ2

My statement on the arrests of Gregory and Travis McMichael for the murder of #AhmaudArbery. pic.twitter.com/DRZfQqndqv

On May 5th, 2020, District Attorney Tom Durden formally requested the GBI investigate the death of Ahmaud Arbery. The Kingsland Office initiated an investigation on May 6th, 2020.

On April 29th, 2020, the Glynn County Police Department (GCPD) also requested that the GBI investigate allegations of threats against GCPD and individuals involved in the active investigation.