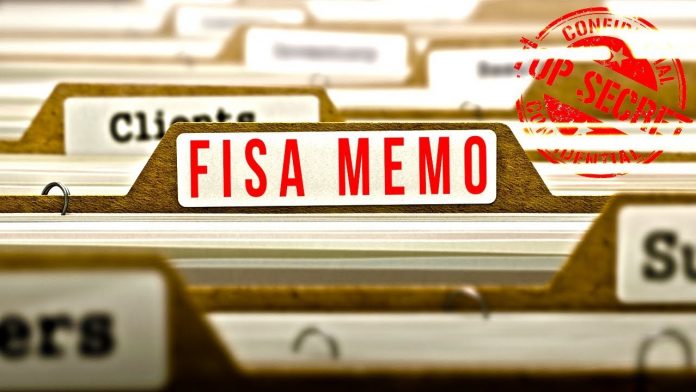 WASHINGTON — President Trump has authorize the release of the controversial congressional memo alleging surveillance abuses by the Federal Bureau of Investigation and the Justice Department. 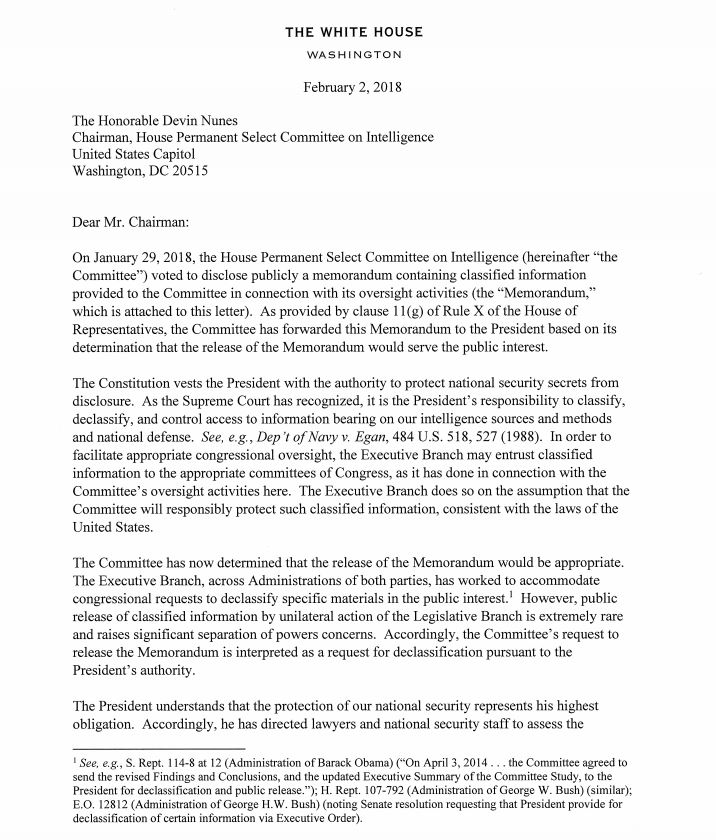 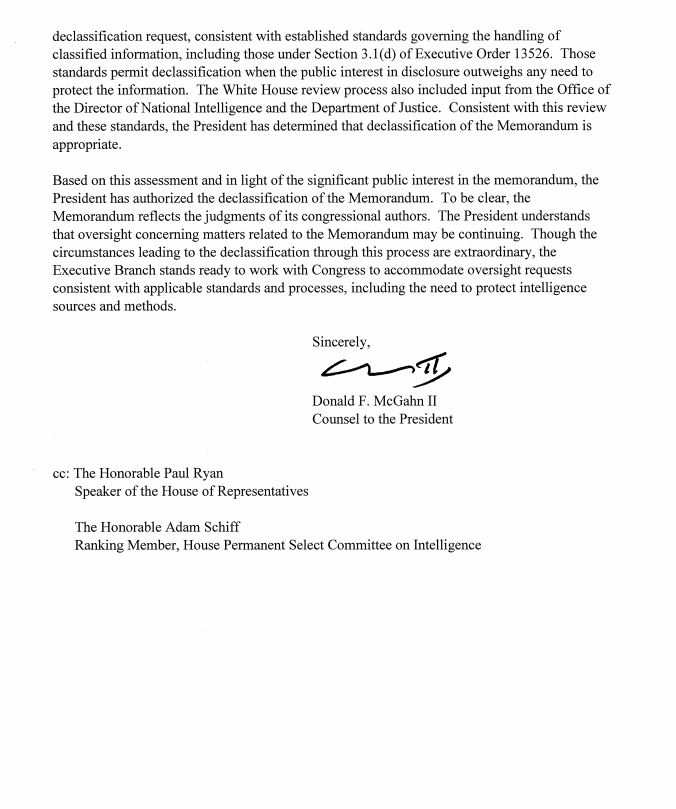 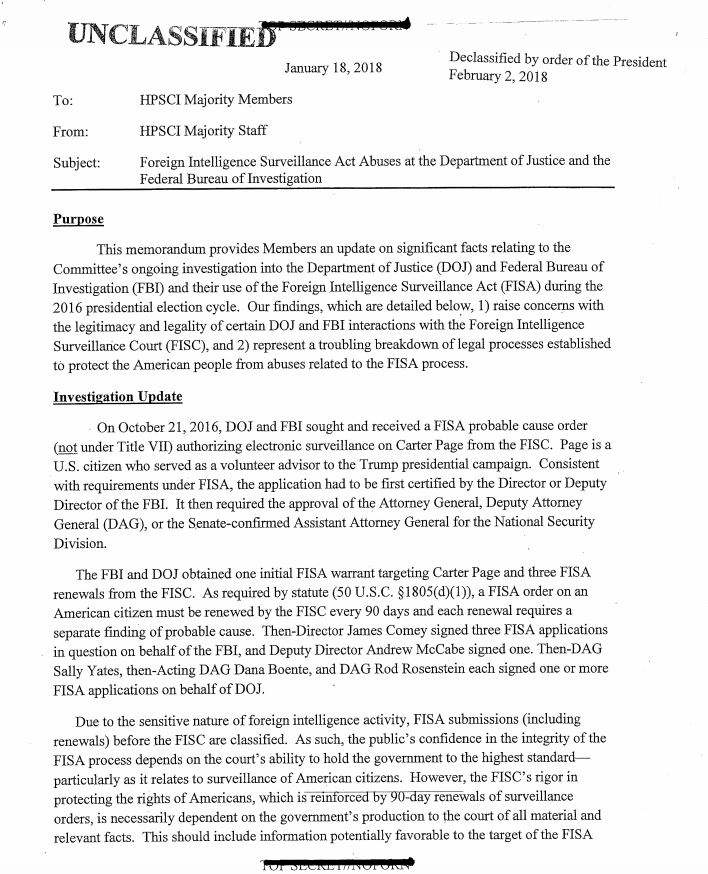 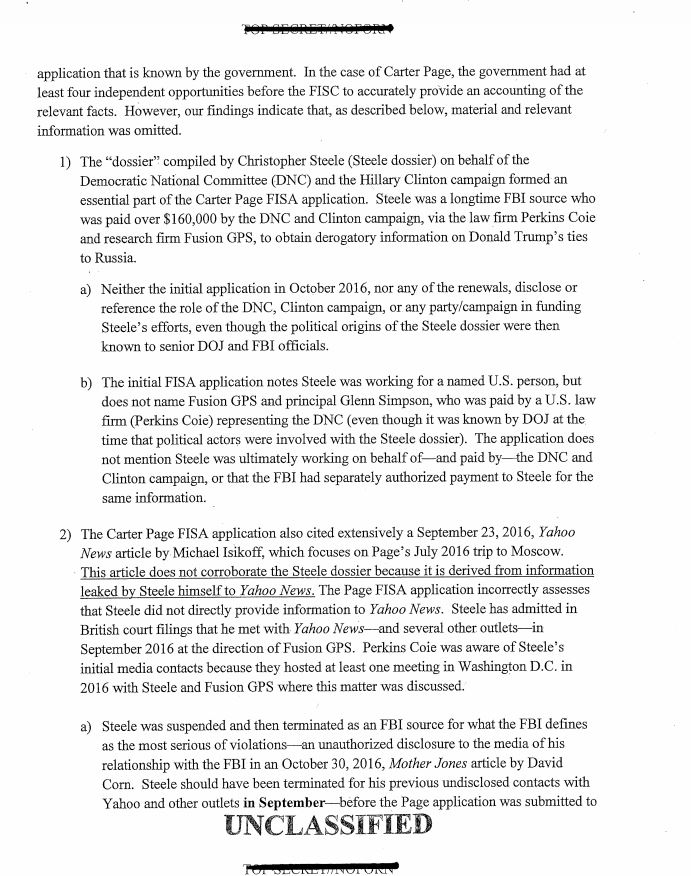 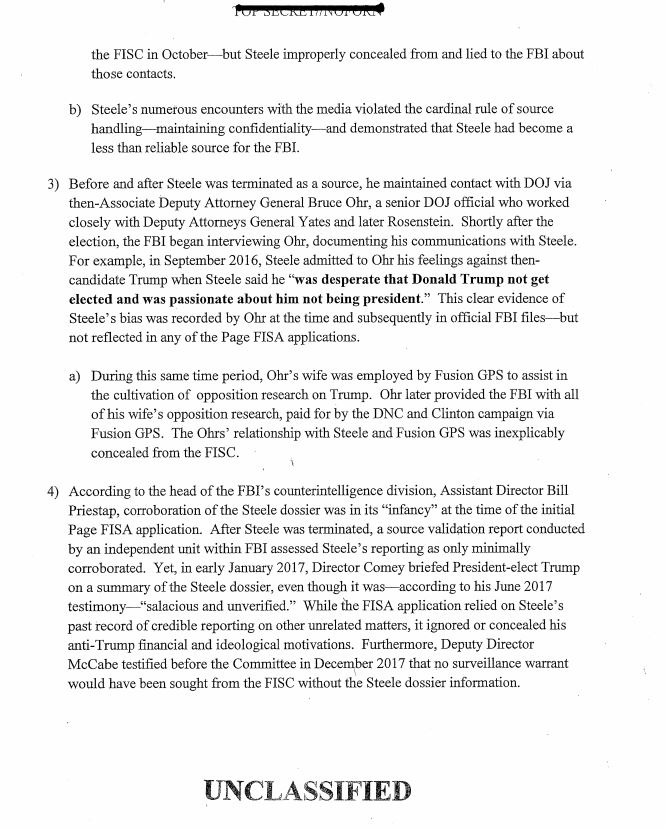 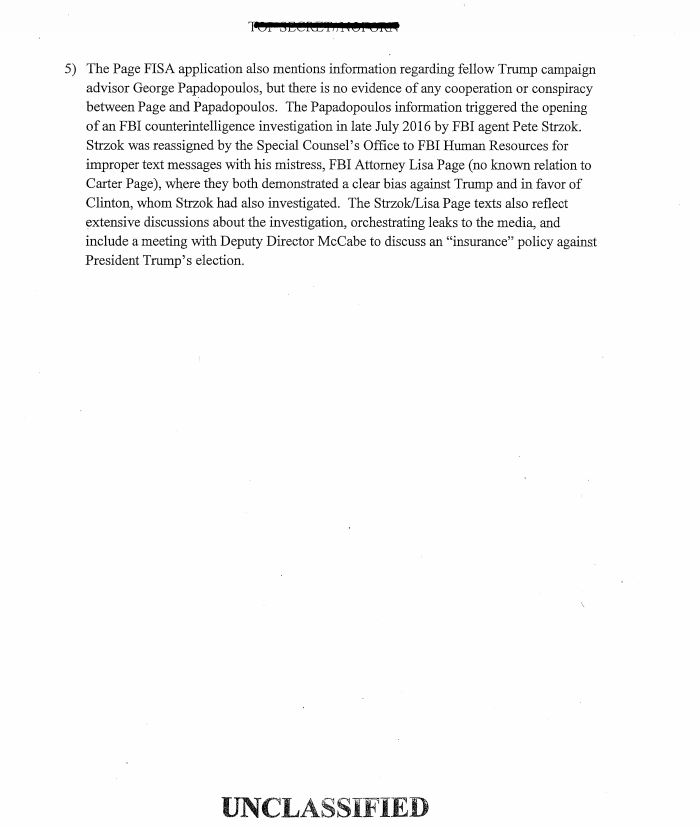 The Nunes memo or HPSCI memo is a four-page memo written by Republican staff members for U.S. Representative Devin Nunes, chairman of the House Intelligence Committee (HPSCI), that alleges that the FBI “may have relied on politically motivated or questionable sources” to obtain a Foreign Intelligence Surveillance Act (FISA) warrant in the early phases of the FBI’s investigation into Russian interference in the 2016 United States elections.

A social media campaign emerged in mid-January 2018 to publicly #ReleaseTheMemo despite some of its classified contents.

Shortly after becoming a trending topic, the memo drew polarizing reactions from government officials and the media, generally along party lines. The Justice Department (DOJ) released a letter to Congress calling a release of the memo without review reckless because it could expose intelligence sources and methods, while President Donald Trump called for its public release.

On January 29, the majority of the House Intelligence Committee voted to approve its release.

There were no White House-initiated redactions to the memo, a House aide said.

According to Fox News:

The memo includes testimony from a high-ranking government official that without the infamous Trump dossier, the FBI and DOJ would not have secured surveillance warrants to spy on at least one member of the Trump team.

It also claims the FBI and DOJ used media reporting to lend credibility to the dossier, while the firm behind the dossier, Fusion GPS, briefed major American news outlets to include New York Times, Washington Post, CNN, New Yorker, Yahoo and Mother Jones.

The memo shows that after former British spy Christopher Steele was cut off from the FBI, he continued to pass information, as did Fusion GPS, through Justice Department Official Bruce Ohr. Ohr’s wife Nellie began working for Fusion GPS as early as May 2016.

It also claims evidence that Steele has a personal animus for the President Trump.

Here are some key points:

* The Steele dossier formed an essential part of the initial and all three renewal FISA applications against Carter Page.

* Andrew McCabe confirmed that no FISA warrant would have been sought from the FISA Court without the Steele dossier information.

* The political origins of the Steele dossier were known to senior DOJ and FBI officials, but excluded from the FISA applications.

* DOJ official Bruce Ohr met with Steele beginning in the summer of 2016 and relayed to DOJ information about Steele’s bias. Steele told Ohr that he, Steele, was desperate that Donald Trump not get elected president and was passionate about him not becoming president.