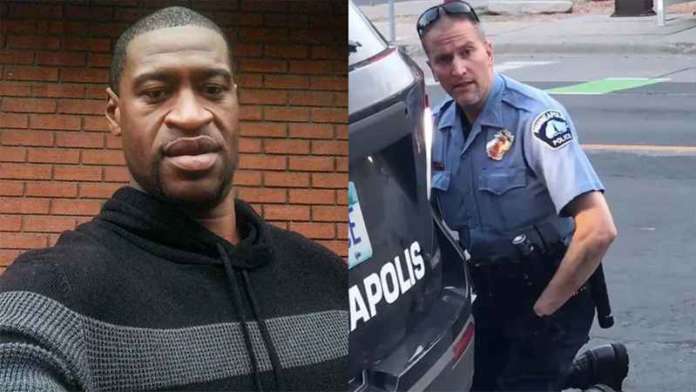 MINNEAPOLIS — The unarmed black man who died after being pinned to the ground by a white cop, sparking riots in Minneapolis, reportedly knew his alleged killer.

Ex-cop Derek Chauvin and George Floyd both worked as security guards at the El Nuevo Rodeo club and restaurant in the city.

Maya Santamaria, who owns the building, told KSTP, “Chauvin was our off-duty police for almost the entirety of the 17 years that we were open. They were working together at the same time, it’s just that Chauvin worked outside and the security guards were inside.”

“My friend sent me (the video) and said this is your guy who used to work for you and I said, ‘It’s not him.’ And then they did the closeup and that’s when I said, ‘Oh my God, that’s him,'” Santamaria said. “I didn’t recognize George as one of our security guys because he looked really different lying there like that.”