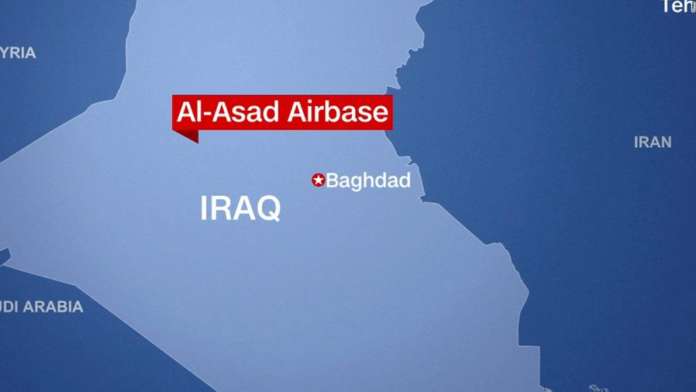 Iranian media says Tehran has launched dozens of surface-to-surface missiles at Iraq’s Ain Assad air base where U.S. troops are being housed.

Iranian state TV says the Islamic Revolutionary Guard Corps, “has hit U.S. Ain al-Asad airbase in Iraq with tens of missiles.” And warned the US of more “crushing responses in case of new aggression.”

The Pentagon confirmed the attack in a statement.

White House Press Secretary Stephanie Grisham said, “We are aware of the reports of attacks on US facilities in Iraq. The President has been briefed and is monitoring the situation closely and consulting with his national security team.”

It was unclear if any Americans were killed in the recent attack.

This is a developing story. more information will be provided when it becomes available.