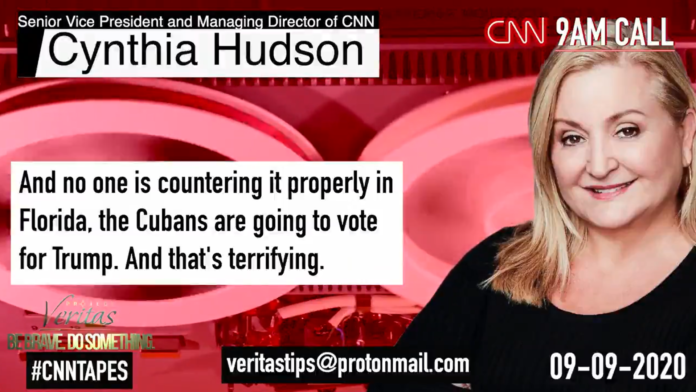 Earlier Tuesday, he leaked a video showing him dropping in on a CNN conference call and later in the evening, posted a video that he says is the first of many to come.

O’Keefe claims to have “hundreds” of hours of tapes.

"The Cubans are going to vote for Trump, and that's terrifying"

"I have to say, there a population that's very attracted to bullies"#CNNTapes pic.twitter.com/s3Tl3u8rIe

“News organizations have to be very careful & very responsible about not giving @realDonaldTrump too much of a platform on his not conceding…”#CNNTapes pic.twitter.com/LoCqh79pOG

“If we’ve made any mistake, its been our banners have been too polite…”#CNNTapes pic.twitter.com/zMIRxq9qC6