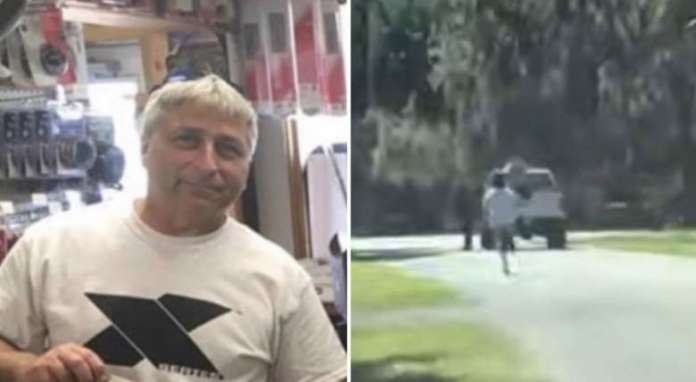 Agents with the Georgia Bureau of Investigation have arrested the man who filmed the deadly shooting of Ahmaud Arbery.

William “Roddie” Bryan Jr., age 50, was booked on charges of Felony Murder & Criminal Attempt to Commit False Imprisonment. The charges stem from the February 23, 2020 shooting that resulted in the death of Arbery. He will be booked into the Glynn County Jail.

Bryan’s attorney has said a lie detector test proves he didn’t participate in the alleged crime.

Under the charge of ‘felony murder,’ an accomplice may be found guilty of murder.

JUST IN: Newly-released video shows Ahmaud Arbery arrested in 2017 for trying to steal a TV from a Walmart; Arbery family attorney says new videos show pattern of mistreatment for color of his skin — https://t.co/a5QCgY19cg pic.twitter.com/rHoUoKcpOh