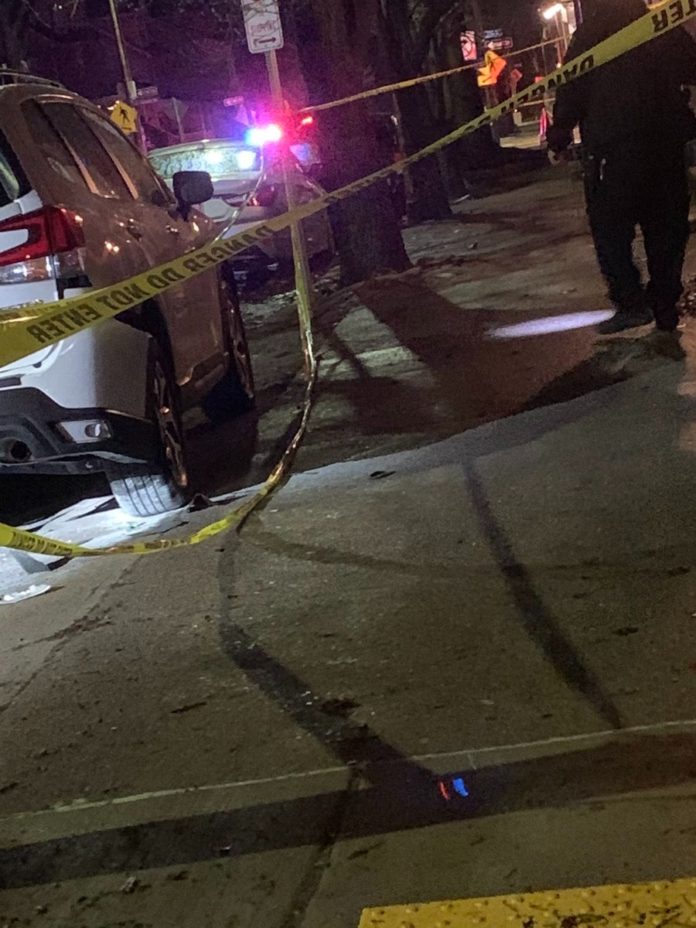 The Pittsburgh Police Bomb Squad and the Fire Investigation unit are investigating after at least one “incendiary device” that was thrown from a moving vehicle in the 3600 block of Penn Avenue just after 9 p.m. Witnesses report people fleeing from the scene.

A parked vehicle was damaged in the first incident. There were no reported injuries.

Police are also investigating a report of an explosion in the 200 block of Dinwiddie Street in the Hill District just after 10:30 p.m.—According to police scanner traffic, a shooting was also reported around the same time in the area. 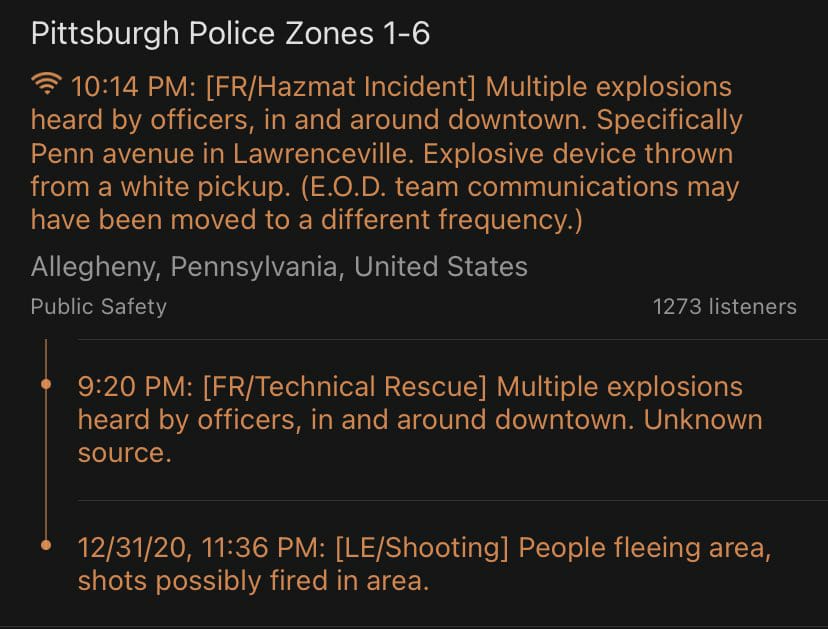 In the first incident  Police are searching for a white two-tone older model pickup truck. Police were still reviewing video footage in the second incident.

BREAKING: Police have a large section of Penn Avenue blocked off between 35th and 40th after they say an incendiary device was thrown from a moving car. They say a parked car was damaged, no injuries. pic.twitter.com/k6JlBgqlXU

Police and Bomb Squad are here investigating along Dinwiddie St in the Hill District. Road is currently closed at the intersection of Dinwiddie St and Rose St. Pittsburgh Police are asking if anyone has any info to call them. Stay with @WPXI for the latest information. #wpxi pic.twitter.com/x5fVZTQfIv

This is a developing story. We’ll give updates on the situation as we learn more.