PITTSBURGH – First responders in Butler County, Pennsylvania were on scene of a crash involving a school bus Tuesday afternoon. At least two people were airlifted to a hospital.

Local media reports multiple medical helicopters were called to the area in Worth Township — near the Portersville exit on I-79 near Route 422.

It appears the bus collided into the back of a flat-bed tractor trailer. I-79 was closed in both directions and people were asked to avoid the area. 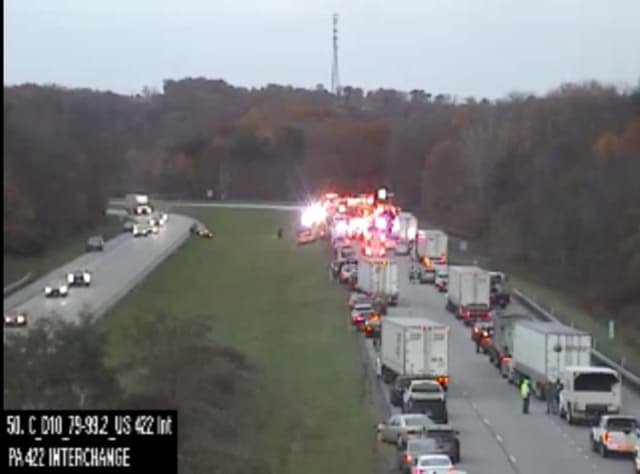 A multi vehicle crash, involving a school bus, and the request for medical helicopters, has the northbound lanes of Interstate 79 CLOSED at RT 422 in Butler County. #PittsburghTraffic #WPXI pic.twitter.com/hzoo1MVBtV

It was unclear how many people were injured or if any children were on the bus.

PSP Butler is currently investigating a multi vehicle crash on I79. Both NB & SB are closed from the Portersville exit to mile post 102. AVOID THE AREA