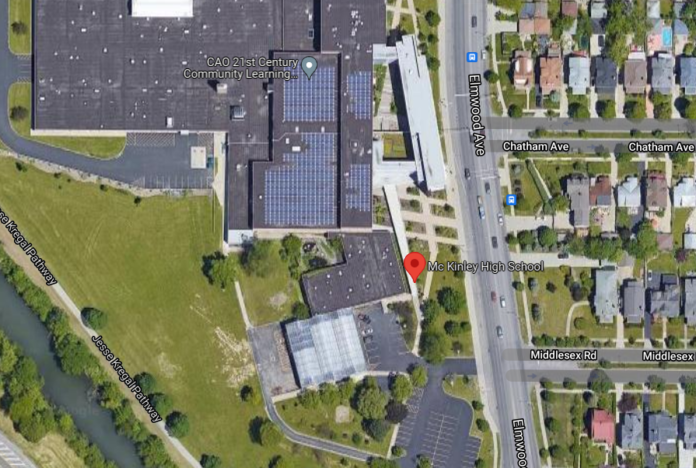 Police confirmed a shooting at a high school in Buffalo, New York on Wednesday.

Two people, a student and a security guard, were shot at McKinley High School, officials said. Their conditions are unknown.

BREAKING: BPD on scene of shooting at McKinley High School. Motorists are urged to avoid Elmwood Avenue between the 198 and Amherst Street.

The school, located at 1500 Elmwood Avenue, was placed on lockdown.

Around the same time, Buffalo State College issued an alert regarding a “report of an armed person near campus.” The University is near the high school.

University Police has received a report of an armed person near campus. Last seen near McKinley High School on Elmwood Ave heading towards 198. Immediately shelter in place.

No further details were available. This is a breaking news update.