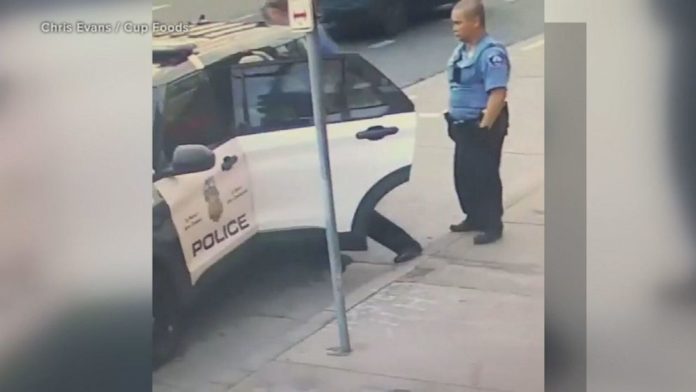 Attorney for the family of George Floyd, Ben Crump, released new footage Sunday showing a new perspective of the killing.

“This is beyond disturbing,” Crump wrote. “Even harder to watch than the first video. “Get off of his neck! He’s not moving!” “You’re going to let him kill that man in front of you?” Tou Thao stood guard as Derek Chauvin MURDERED George Floyd … while witnesses of the execution tried to stand up for JUSTICE, tried to save George’s life! The protest of those bystanders, who refused to just stand by and let it happen, has reverberated around the world — fueling our protest against injustice and police brutality!! 8 minutes 46 seconds. The four ex-officers MUST be convicted of MURDER for this hideous atrocity! They MUST all be held accountable!!