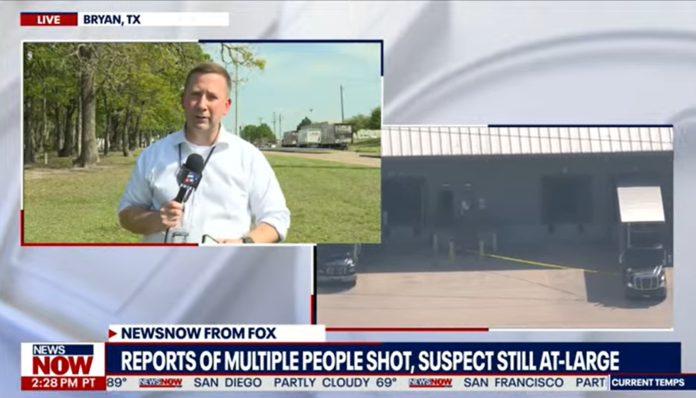 The gunfire broke out at ‘Kent Moore Cabinets.’ KBTX reports 1 person is dead and four more are critical.

The Bryan Police Department launched a manhunt and the shooter was later taken into custody. He has been identified as Larry Bollin, 27.

It is believed the suspect was an employee at the business.

There is no word on a motive or what led up to the shooting.

A school nearby was briefly placed on lockdown.

The Bryan Police Department and local first responders responded to a shooting at 350 Stone City Dr. Officers on scene found several victims. All victims were transported to local hospitals. The suspect is still at large. This is still an active investigation.

Watch a press conference below.