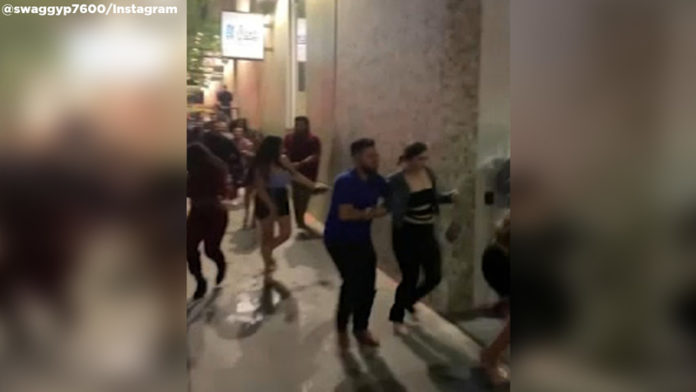 CALIFORNIA – The following is a news release from the Sacramento Police Department:

Aided by a remarkable level of assistance from the public, detectives continue to piece together the April 3 shooting that left six dead and twelve others wounded.

Evidence in the case indicates that at least five shooters fired guns during the shooting, and that an exchange of gunfire took place between at least two groups of men. As detectives continue to identify shooters and weapons involved, the number of identified shooters may grow beyond five.

As detectives learn more about the shootings, it is increasingly clear that gang violence is at the center of this tragedy. While we cannot at this time elaborate on the precise gang affiliation of individuals involved, gangs and gang violence are inseparable from the events that drove these shootings.

Detectives recovered a handgun and arrested 31-year-old Daviyonne Dawson late Monday on charges of being a prohibited person in possession of a firearm. At this time, Dawson is not charged with crimes directly related to the shootings. Based on the type of firearm recovered, detectives do not believe that this gun was used in the shooting.

“This tragedy downtown is a very public example of what families in many of our neighborhoods know too well, “said Chief Kathy Lester. “The suffering inflicted by gang violence does not limit itself to gang members. It spills over to claim and shatter innocent lives and harm our entire community.”

The Sacramento Police Department encourages any witnesses with information regarding this investigation to contact the dispatch center at (916) 808-5471 or Sacramento Valley Crime Stoppers at (916) 443-HELP (4357). Callers can remain anonymous and may be eligible for a reward up to $1,000. Anonymous tips can also be submitted using the free “P3 Tips” smartphone app.