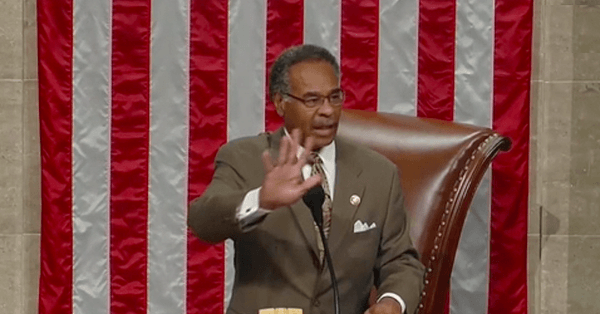 Democratic Rep. Emanuel Cleaver, who had been presiding over the House chamber, declares “I abandon the chair” and drops gavel on the dais as House members await ruling on if Speaker Pelosi’s comments citing ‘racism’ in the president’s tweets will be taken down.

A House Speaker’s comments have not been removed from the record since 1984.

While presiding in the House, Rep. Cleaver: “We don’t ever, every want to pass up, it seems, an opportunity to escalate, and that’s what this is. I dare anybody to look at any of the footage and see if there was any unfairness. But unfairness is not enough because we want to just fight. I abandon the chair.”

.@LeaderHoyer: “The words should not be used in debate.” pic.twitter.com/nbjaSS2ggU