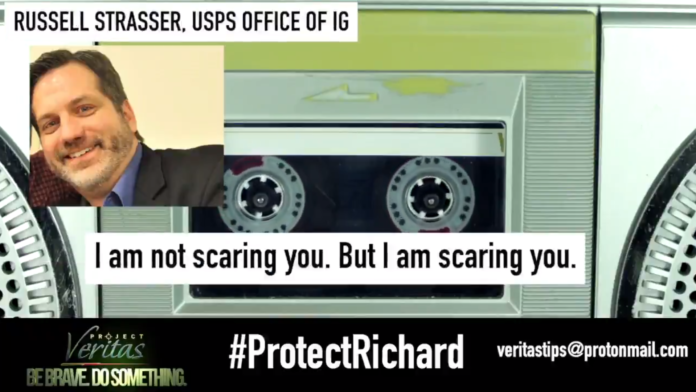 WASHINGTON — After Democrat Committee Chairs claimed a United States Postal Service
whistleblower recanted his allegations about voter fraud, James O’Keefe of Project Veritas says the person was “coerced” by federal agencies and he published clips of the alleged recordings.

“The recordings are explosive evidence of retaliation, ‘scaring’ him,” O’Keefe said on Twitter. “Whistleblower has received a letter putting him on suspension without pay.”

The whistleblower, identified as Richard Hopkins, lives in Erie, Pennsylvania and says he overheard a supervisor talking about backdating mail-in ballots.

Watch the videos below.

Agent Strasser: “I am trying to twist you a little bit”

“I am scaring you here”…” we have Senators involved…DOJ involved…reason they called me is to try to harness.” pic.twitter.com/tK2JPu6Wqm

The recordings are explosive evidence of retaliation, “scaring” him.

Whistleblower has received a letter putting him on suspension without pay.