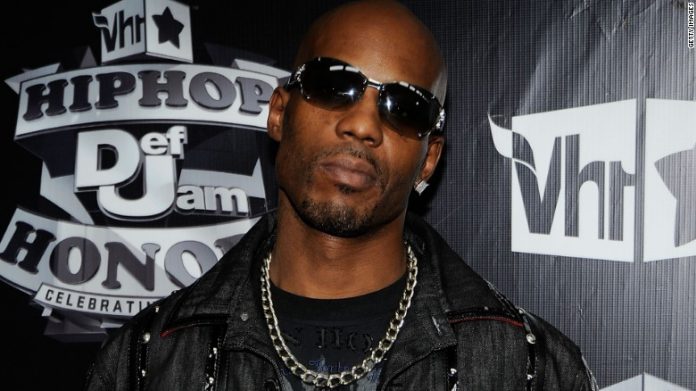 Earl Simmons, a recording artist, performer, and actor known professionally as “DMX” was sentenced to one year in prison to be followed by 3 years of supervised release at a federal courthouse in New York Tuesday.

Simmons was convicted of tax fraud for evading the payment of income taxes in the period from 2010 through 2016. In total, during that time period, Simmons engaged in a scheme to conceal millions of dollars of income from the IRS and to avoid paying $1.7 million of tax liabilities. Simmons pled guilty before U.S. District Judge Jed S. Rakoff.

Acting U.S. Attorney Joon H. Kim said: “Today, Earl Simmons, the actor, producer and recording artist known as DMX, admitted to systematically cheating on his taxes. By insisting to be paid in cash whenever possible and having royalty payments diverted to the accounts of financial surrogates, Simmons concealed hundreds of thousands of dollars of income from the IRS. Today, Simmons made a choice between ‘Right or Wrong,’ and did the right thing, admitting his guilt, and agreeing to pay his tax liabilities. No matter who you are or whatever fame you may have achieved, the law applies equally to all, and no one is exempt from the shared obligation to pay our taxes.”

IRS-CI Special Agent in Charge James D. Robnett said: “Mr. Simmons skirted his responsibilities when he chose to ignore his duty to pay his taxes. We should not forget that the ultimate victims in tax fraud cases are the honest US taxpayers who file and pay their taxes. This guilty plea shows that IRS-Criminal Investigation is working to ensure all taxpayers file and pay their fair share.”

According to the Indictment and statements made at today’s plea proceeding:

Simmons, known professionally as “DMX” or “X,” worked as a recording artist, performer, and actor. Beginning in 1997, Simmons released a series of hip-hop albums that sold millions of records. Many of his albums went platinum and occupied the top positions on musical charts. During his career, Simmons has performed at venues across the United States and around the world, and has acted in motion pictures.

As a result of the income Simmons earned from sources including musical recordings and performances, from 2002 through 2005 he incurred federal income tax liabilities of approximately $1.7 million. Those liabilities went unpaid, and in 2005, the IRS began efforts to collect Simmons’s unpaid tax liabilities.

During the period from 2010 through 2015, Simmons earned over $2.3 million, but Simmons did not file personal income tax returns during that time period. Instead, he orchestrated a scheme to evade payment of his outstanding tax liabilities, largely by maintaining a cash lifestyle, avoiding the use of a personal bank account, and using the bank accounts of nominees, including his business managers, to pay personal expenses. For example, Simmons received hundreds of thousands of dollars of royalty income from his music recordings. Simmons caused that income to be deposited into the bank accounts of his managers, who then disbursed it to him in cash or used it to pay his personal expenses. Simmons also participated in the “Celebrity Couples Therapy” television show in 2011 and 2012 and was paid $125,000 for his participation. When taxes were withheld from the check for the first installment of that fee by the producer, Simmons refused to tape the remainder of the television show until the check was reissued without withholding taxes.

Simmons took other steps to conceal his income from the IRS and others, including by filing a false affidavit in U.S. Bankruptcy Court that listed his income as “unknown” for 2011 and 2012, and as $10,000 for 2013. In fact, Simmons received hundreds of thousands of dollars of income in each of those years.