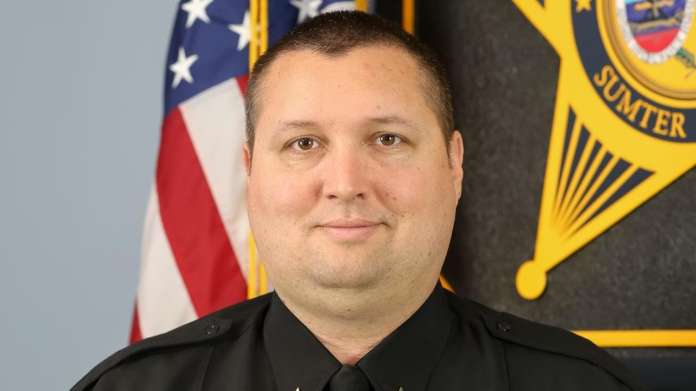 “It is with profound sadness that our brother, Cpl. Andrew Gillette, died from wounds suffered in a shooting,” Sheriff Anthony Dennis said.

The gunfight broke out at a home at 3120 on the Thomas Sumter Highway while deputies were attempting to serve an eviction notice.

The sheriff said the suspect, without provocation, fired several shots at the deputies, striking Gillette in the chest. The fallen officer was wearing a vest at the time.

Other deputies returned fire and killed the suspect–who remains unidentified until his next of kin are made aware of his death.

Deputy Gillette leaves behind a wife and an 11-year-old son. “We ask for you to keep them in your prayers,” Dennis said.

“Our deepest condolences and prayers are with his family,” Dennis said. “Gillette was one who loved what he did. He loved life.”