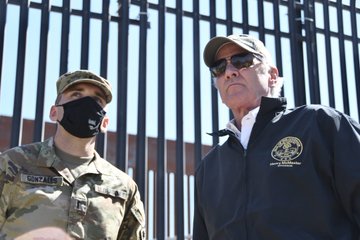 The governor’s order comes following correspondence with DSS on the state child welfare system’s capacity to accommodate an influx of minors.

In a letter dated April 8, DSS Director Michael Leach informed Governor McMaster of the federal government’s preliminary inquiries to transport an unknown number of unaccompanied migrant children from the southern border and place them in South Carolina foster care and group homes licensed by DSS.

Fearing the ultimate displacement of South Carolina’s most vulnerable children in an already-strained system, Governor McMaster responded to Director Leach: “South Carolina’s children must always be given first priority for placement into foster care and the State’s strained resources must be directed to addressing the needs of its children. Allowing the federal government to place an unlimited number of unaccompanied migrant children into our state’s child welfare system for an unspecified length of time is an unacceptable proposition. We’ve been down this road with the federal government before and the state usually ends up ‘on the hook.’”

The governor also requested that the agency determine any potential risks posed to our state’s child welfare system and to provide him with potential avenues to mitigate them.

Governor McMaster determined that the potential risks outlined in another letter from Director Leach, coupled with the Biden Administration’s inability to address the growing humanitarian crisis on the border, left the State no choice but to act.