The U.S. federal government on Sunday ordered diplomats’ families to evacuate the U.S. embassy in Kyiv, Ukraine, amid ongoing fears of Russian military action in the country.

The State Department also issued a “Level 4 – DO NOT TRAVEL” advisory for both Ukraine and Russia. 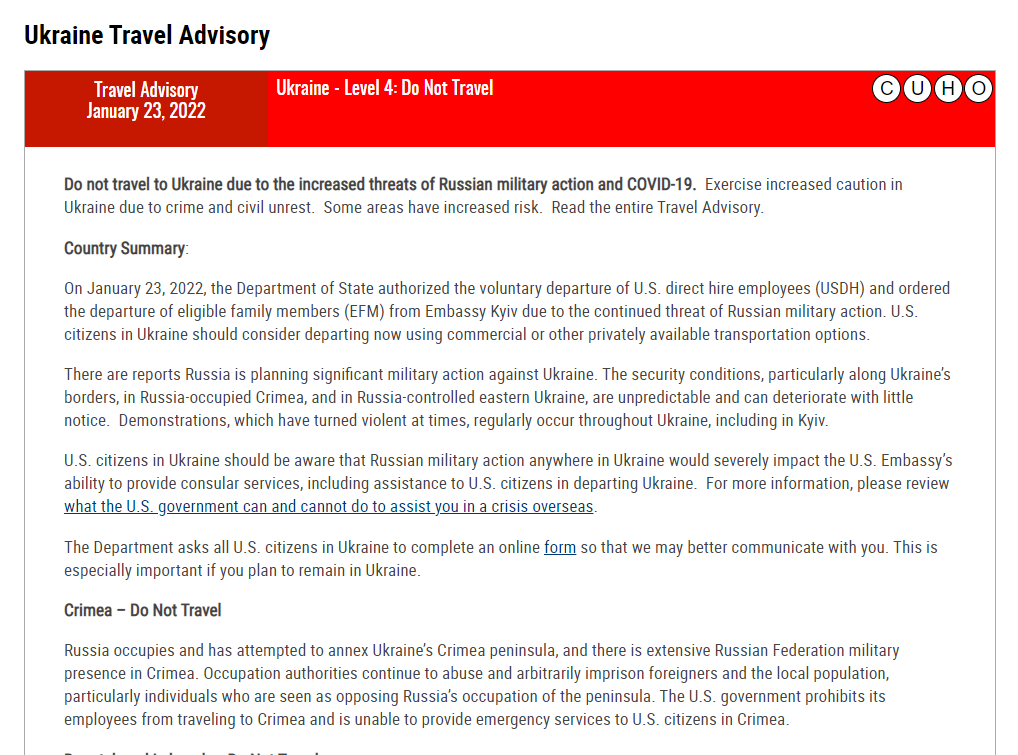 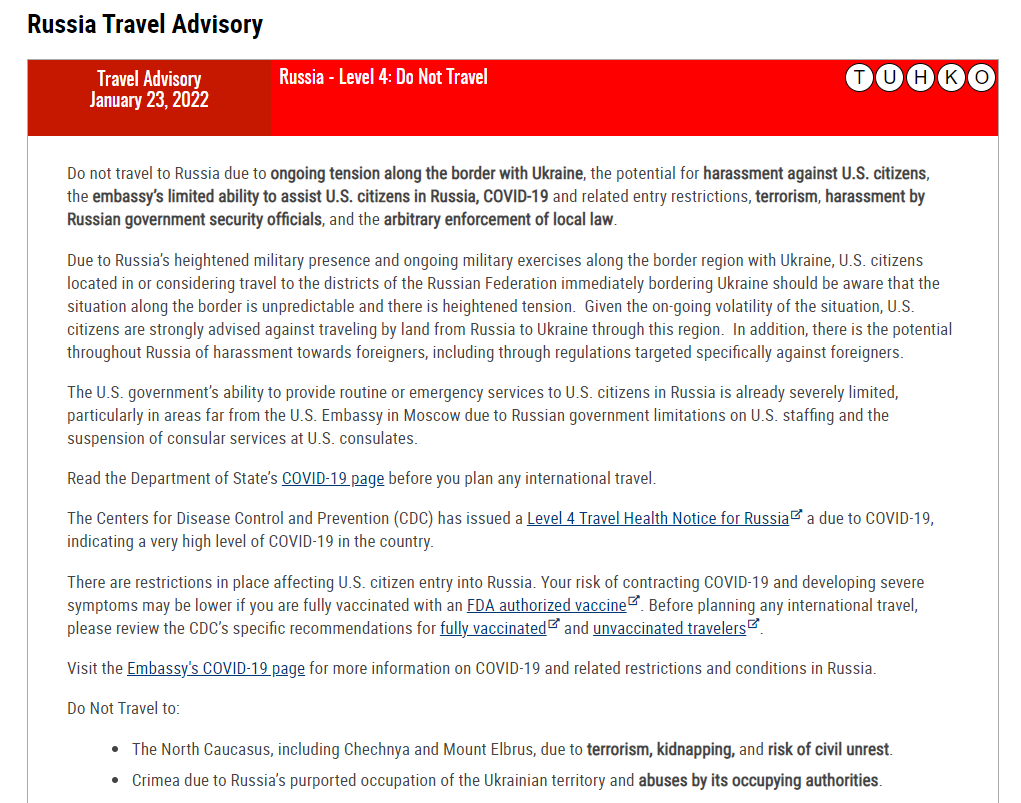 “U.S. citizens in Ukraine should be aware that Russian military action anywhere in Ukraine would severely impact the U.S. Embassy’s ability to provide consular services, including assistance to U.S. citizens in departing Ukraine,” the State Department said in the first travel advisory.

The Russia advisory said, “Do not travel to Russia due to ongoing tension along the border with Ukraine, the potential for harassment against U.S. citizens, the embassy’s limited ability to assist U.S. citizens in Russia, COVID-19 and related entry restrictions, terrorism, harassment by Russian government security officials, and the arbitrary enforcement of local law.”

“Due to Russia’s heightened military presence and ongoing military exercises along the border region with Ukraine,” the alert continued, “U.S. citizens located in or considering travel to the districts of the Russian Federation immediately bordering Ukraine should be aware that the situation along the border is unpredictable and there is heightened tension. Given the on-going volatility of the situation, U.S. citizens are strongly advised against traveling by land from Russia to Ukraine through this region. In addition, there is the potential throughout Russia of harassment towards foreigners, including through regulations targeted specifically against foreigners.”

From State Dept call: “Given that the President has said military action by Russia could come at any time. The US government will not be in a position to evacuate US citizens. So US citizens, currently present in Ukraine should plan accordingly.” Arrange commercial flights.