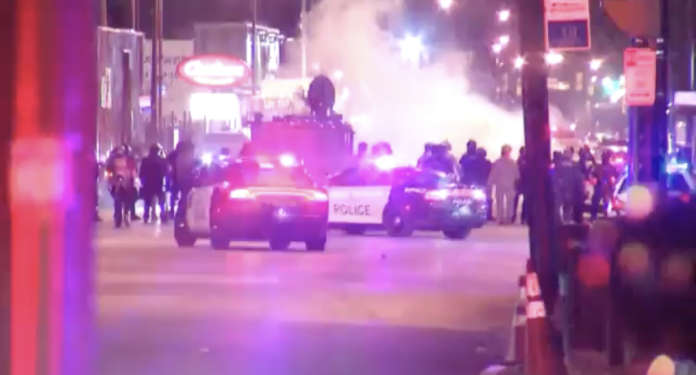 BUFFALO – A state trooper and Buffalo police officer were struck by a vehicle during protests late Monday.

Both officers were seriously injured and are being treated at the Erie County Medical Center.

Erie County Executive Mark Poloncarz tweeted both the driver of the vehicle and passenger are in police custody, and that the officers both suffered significant but non-life threatening injuries.

The Buffalo Police Department says two people have been shot and advise people to avoid the area.