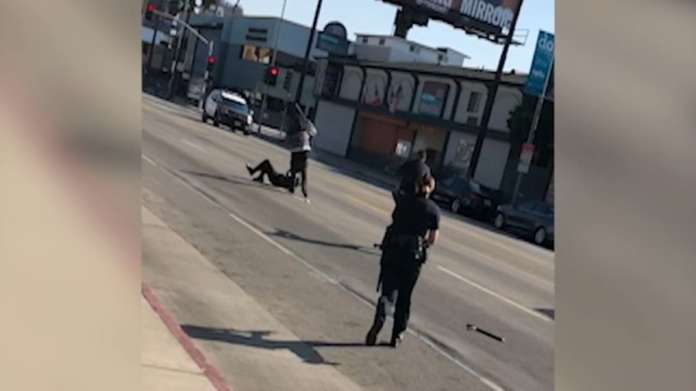 A man wielding a machete was shot and killed by LAPD officers after going on a wild crime spree in Hollywood Monday morning in which he carjacked a vehicle from a Chik-fil-A drive-thru and crashed into two police cruisers.

UPDATE: Our LAPD Public Information Officer, Lieutenant Chris Ramirez, provides details on the Officer-Involved Shooting which occurred in Hollywood Division, resulting in the death of a carjacking suspect armed with a large machete. pic.twitter.com/CqA07mvUPw