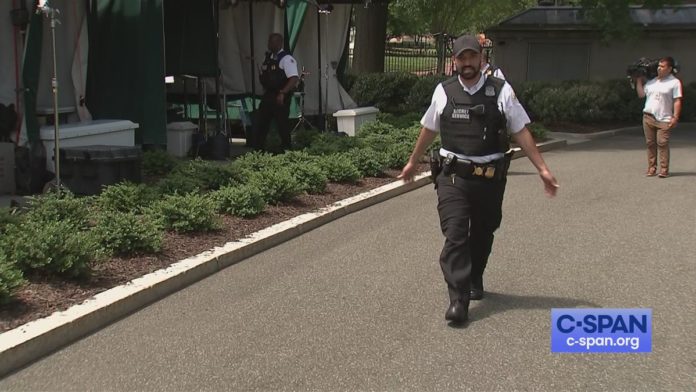 WASHINGTON — The White House was placed on lockdown Wednesday afternoon.

Around 2:45 pm, a suspect dropped a backpack and attempted to jump a bike rack along the sidewalk on Pennsylvania Ave. The individual was immediately taken into custody by Secret Service Uniformed Division Officers.

Media members were told to go into the briefing room until the incident was resolved.

White House is on lockdown, press has been ordered inside. Sounds like there might have been a suspicious package left on Pennsylvania Ave, though that is unconfirmed at this time. pic.twitter.com/6P7k8Z9tXA