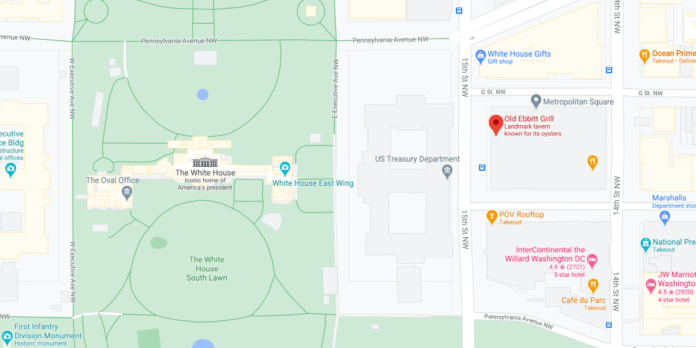 WASHINGTON — A woman was arrested by the Secret Service near the White House on Sunday. The incident happened around 5:30 p.m. ET near the Old Ebbitt Grill restaurant on 15 Street NW.

According to WRC-TV, the 66-year-old woman approached a police officer at a checkpoint and stated that she wanted to deliver a letter to President Joe Biden. The unidentified woman was detained and a loaded gun was found in her car, which was parked nearby.

Police say a man was with the woman at the time of her arrest and he was found to be in possession of a BB gun. It was unclear if he was facing any charges.

READ NEXT: ‘We Will Surround The Motherf***ing White House’: Man Allegedly Threatened To ‘Kill Democrats’ At Biden Inauguration