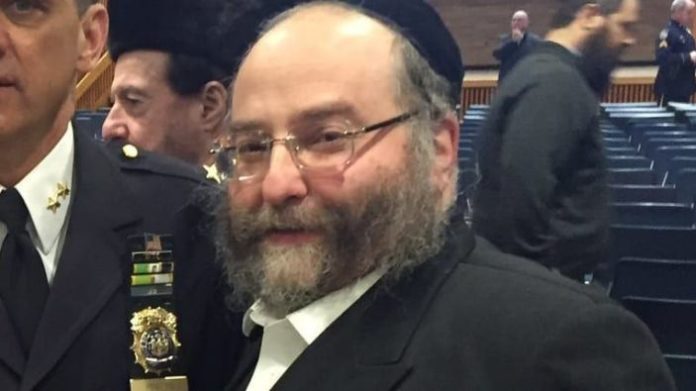 Daskal was arrested today and has since been released on bond.

“As alleged, Daskal, who was almost 60 years old when these crimes were committed, exploited the vulnerability of a young teenager by grooming her for sex and enticing her into having sexual relations with him,” stated Acting United States Attorney Seth D. DuCharme. “Protecting underage minors from flagrant sexual abuse and predators like the defendant will always be a high priority of this Office and the Department of Justice.” Mr. DuCharme expressed his grateful appreciation to the Kings County District Attorney’s Office and the New York City Police Department for their assistance with the case.

“A man who founded an organization aimed at creating a safer community should know the difference between right and wrong. As we allege, Mr. Daskal’s position of influence may have helped him attempt to silence his victim, but it won’t stop the FBI from holding him accountable. Sexually exploiting a teenaged girl is a crime that carries severe consequences, and we hope Mr. Daskal’s arrest will demonstrate to other victims that they can come forward. We are asking anyone with information about this investigation or the identities of additional victims to call us at 212-384-1000,” stated FBI Assistant Director-in-Charge William F. Sweeney.

As set forth in court filings, between August and November 2017, Daskal, then age 59, allegedly engaged in a sexual relationship with a 15-year-old girl whom he took into his home in Brooklyn, where he groomed her for sex. During the summer of 2017, Daskal is alleged to have engaged in sexual relations with the victim primarily at his residence and at his summer home in South Fallsburg, New York. In October 2017, the victim moved to Chicago to attend a new school and live with another family. While the victim was in Chicago, Daskal communicated with her via text message and over Skype video chat. He requested that she pose nude for him during their video chats and send him nude photographs as well. On November 5, 2017, Daskal traveled by plane to Chicago to visit the victim and brought her to a hotel room he had booked. There, he engaged in sexual intercourse and oral sex with the victim.

Throughout the abuse, Daskal was the founder and chief of the Borough Park Shomrim Society, a private anti-crime patrol group, a position in the community which led the victim to feel threatened when he told her not to tell anyone about their sexual relationship.

If convicted of the charges, Daskal faces a mandatory minimum of 10 years’ imprisonment and a maximum of life in prison.