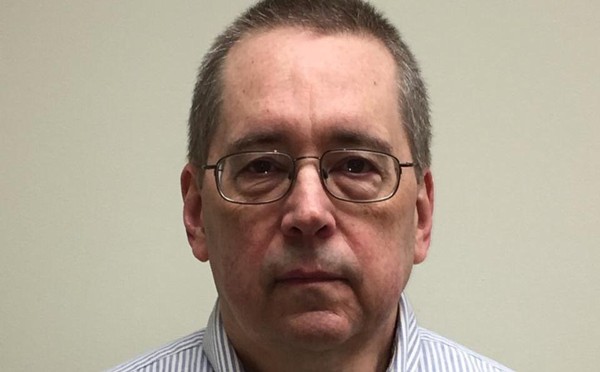 BROOKVILLE, PA — A former Catholic priest for four decades in the Diocese of Erie, David Poulson, was sentenced today to two and a half to 14 years in prison for his repeated sexual assaults against one boy and the attempted assault of another boy.  Poulson was sentenced by a Jefferson County Common Pleas Court judge for corruption of minors and endangering the welfare of children – both felony crimes. Poulson was taken immediately into custody after his sentencing.

The victims were eight and 15 years old at the time of the sexual offenses committed by Poulson against them.

“Poulson assaulted one of his victims more than 20 times in church rectories,” said Attorney General Josh Shapiro, in a news conference following Poulson’s sentencing at the Jefferson County courthouse in Brookville. “He made that victim go to confession and confess the abuse – to Poulson. He used the tools of the priesthood to further his abuse. Today, Poulson was held accountable and now faces a significant jail sentence.”

Poulson was charged last May by a Statewide Investigating Grand Jury probing widespread sexual abuse by clergy against children in six Catholic dioceses in Pennsylvania, including the Diocese of Erie.

According to the grand jury’s presentment:

Since at least May 2010, the Diocese of Erie under Bishop Donald Trautman knew of Poulson’s predatory tendencies – but did nothing to report him to authorities until September 2016, in response to a subpoena from the grand jury. Trautman himself interviewed Poulson in May 2010, and Poulson admitted to the bishop that he was aroused by boys. Despite knowing of Poulson’s admission, the priest was allowed by the Diocese to remain in ministry until 2018, when he was finally suspended by Bishop Persico.

“For more than 7 years, the Diocese of Erie allowed Poulson to remain a priest, even though they knew he was a predator,” Attorney General Shapiro said.

Poulson was assigned to various parishes during his tenure as a priest in the Erie Diocese. His assignments included serving as Pastor of St. Agnes in Morrisdale, St. Michael’s in Fryburg, St. Anthony of Padua in Cambridge Springs, and St. Bernadette in Cambridge Springs.

“Two of Poulson’s victims received justice today, and their courage continues to inspire me and every member of our prosecution team,” Attorney General Shapiro said.

In a Victim Impact Statement read at today’s sentencing by prosecutor Daniel Dye, Victim #2 of Poulson wrote: “I convinced myself that the road trips, gifts, dinners, etc. were just you being that friend. But it was all for an ulterior motive. You used your position as a man of the cloth as a way to manipulate young boys. I trusted you, and in return, you tried to take advantage of that trust.”

Victim #1 of Poulson gave an Impact Statement to the court as well, also read by prosecutor Dye.  “David Poulson affected my life in more ways than I can count. It has cost me my career and my marriage, and my daughter. Because of this man’s actions, I have suffered for years from mental anguish. I ask that true justice be served on this day.”