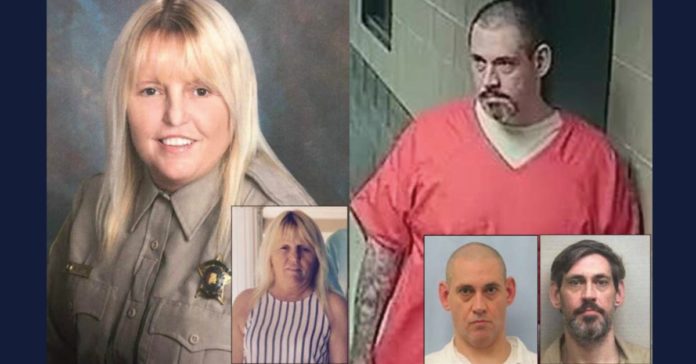 **UPDATE:** Fugitive Casey White is in custody and Vicky White has died from a self-inflicted gunshot wound, officials say. The manhunt ended after a police chase that ended in a rollover crash.

“We got a dangerous man off the streets,” said Lauderdale County Sheriff Rick Singleton. “He will never see the light of day again.”

PREVIOUS STORY: Birmingham, AL (USMS) – The U.S. Marshals Service is offering up to $10,000 for information leading to the capture of an escaped inmate from Lauderdale County Jail and up to $5,000 for the correctional officer who authorities believe helped him escape April 29 from Lauderdale County.

A warrant has been issued for Vicky White, 56, charging her with permitting or facilitating escape in the first degree in connection with capital murder suspect Casey White’s escape from jail. (The Whites are not related.) 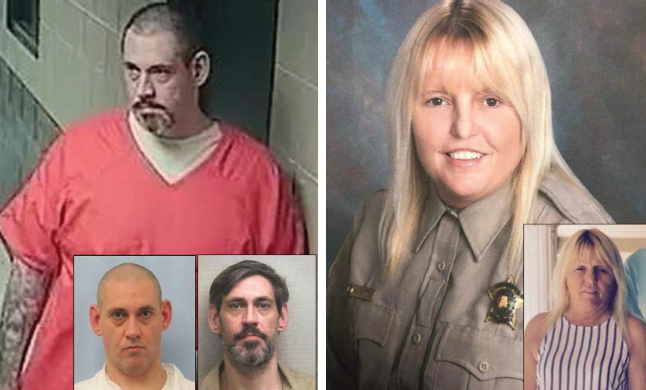 Authorities said Vicky White sold her home a month ago, and she was supposed to retire on Friday, the day she and Casey White disappeared.

Casey White, 38, was charged with capital murder in September 2020 in the brutal stabbing of 58-year-old Connie Ridgeway. He was already serving time for a 2015 crime spree that involved home invasion, carjacking, and a police chase. White confessed to the murder and was awaiting trial at the Lauderdale County Jail when he disappeared.

They may be traveling in a 2007 orange or copper colored Ford Edge. It is unknown what license plate is on the vehicle, or it may have no license plate. The subjects should be considered dangerous and may be armed with an AR-15 rifle, handguns and a shotgun.

These are actual photos of the vehicle they are believed to be in. There is minor damage to the rear left bumper.