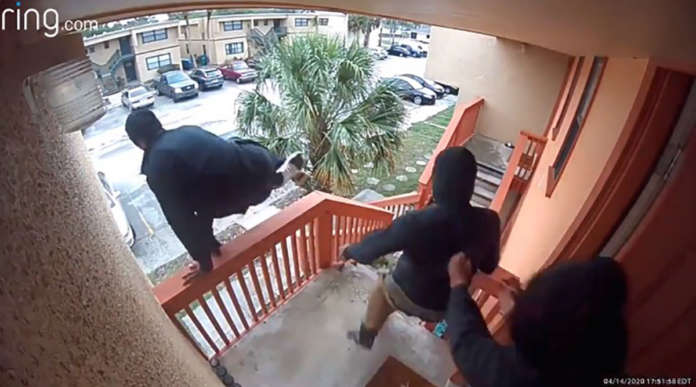 Three armed black males forcibly entered into an apartment to commit an apparent Armed Robbery. After one suspect was shot by the homeowner, all three suspects fled.

One suspect was later dropped off at Baptist Beaches Hospital in what appears to be a silver Pontiac 4-door sedan, possibly FL tag # starting with ‘NPI’.

Call police if you can ID the suspects.