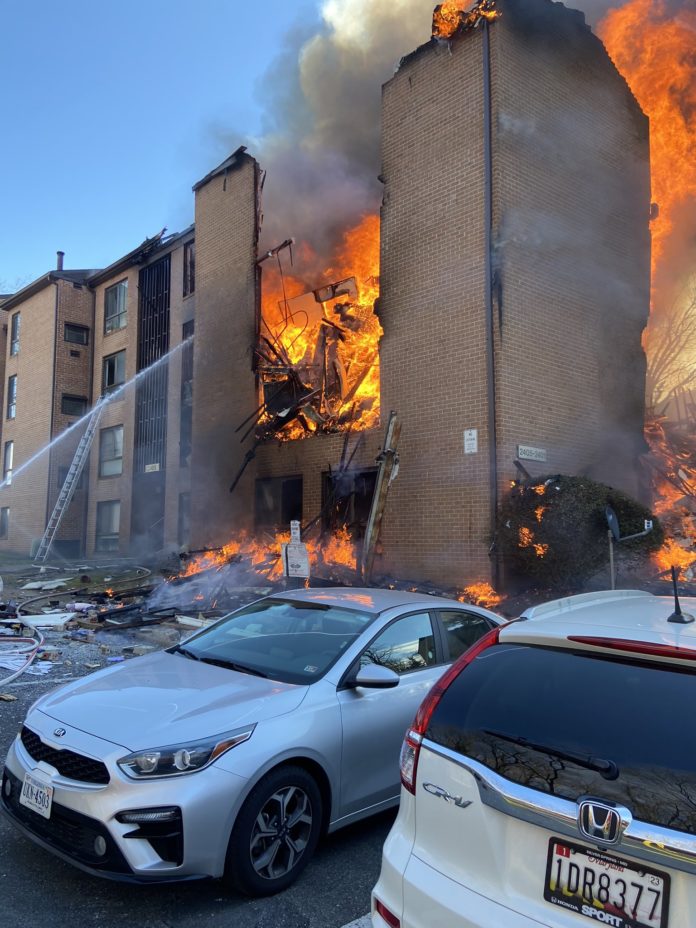 SILVER SPRING, MD – At least ten people were hospitalized and several more remain unaccounted for following an explosion and fire at an apartment complex in Silver Spring.

The incident occurred around 10:30 a.m. at the ‘Friendly Garden Apartments’ near Washington, D.C. 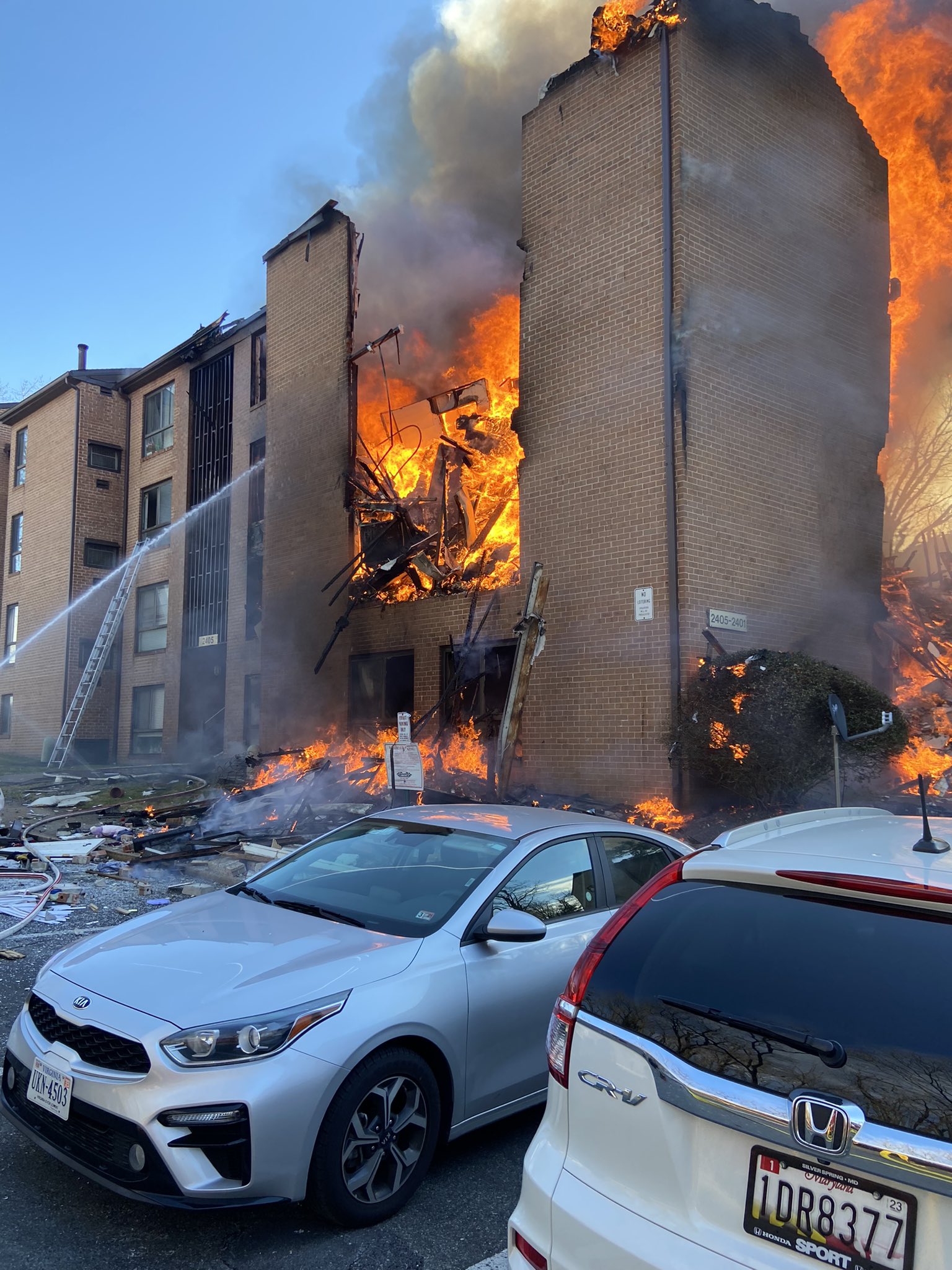 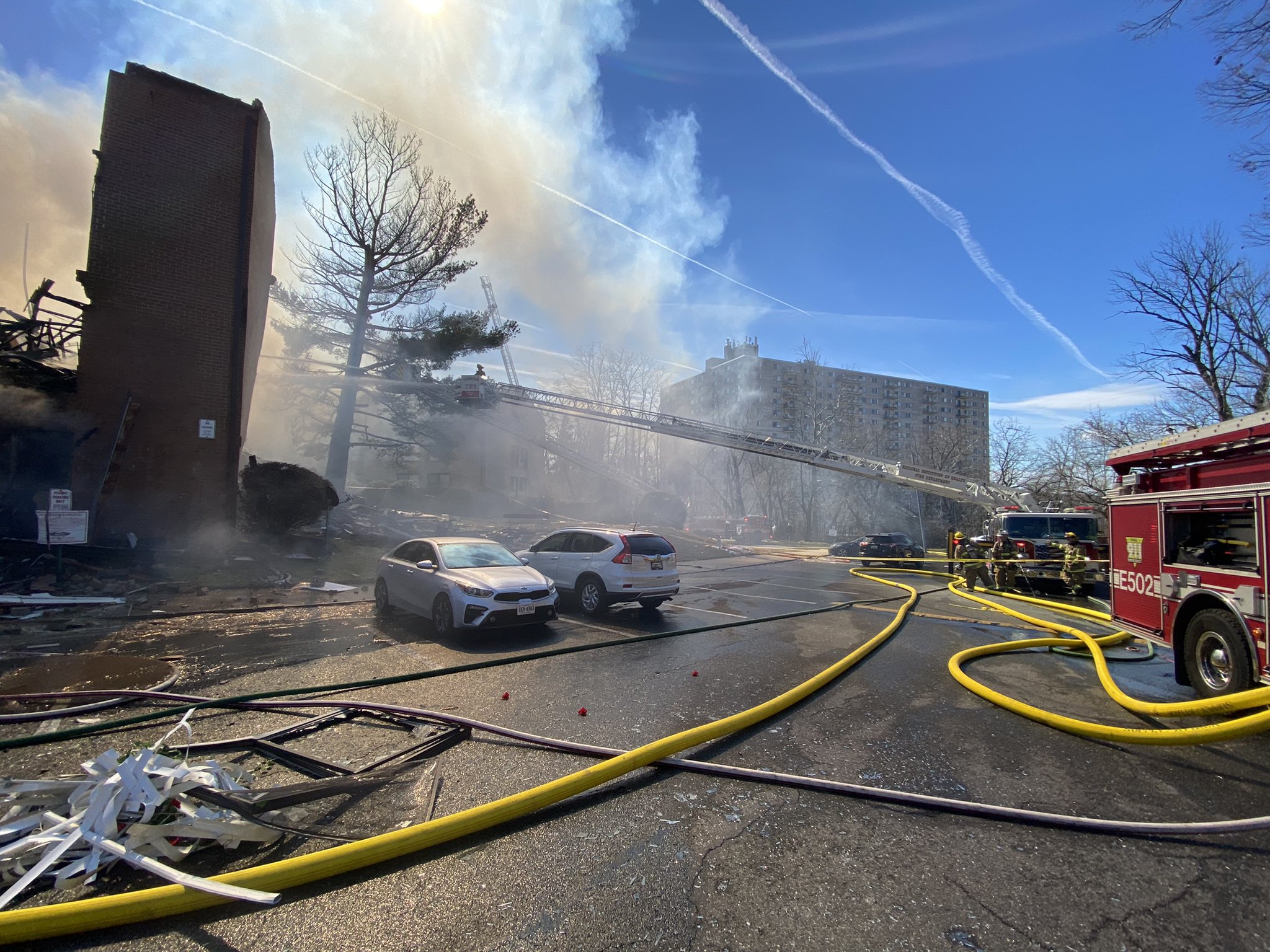 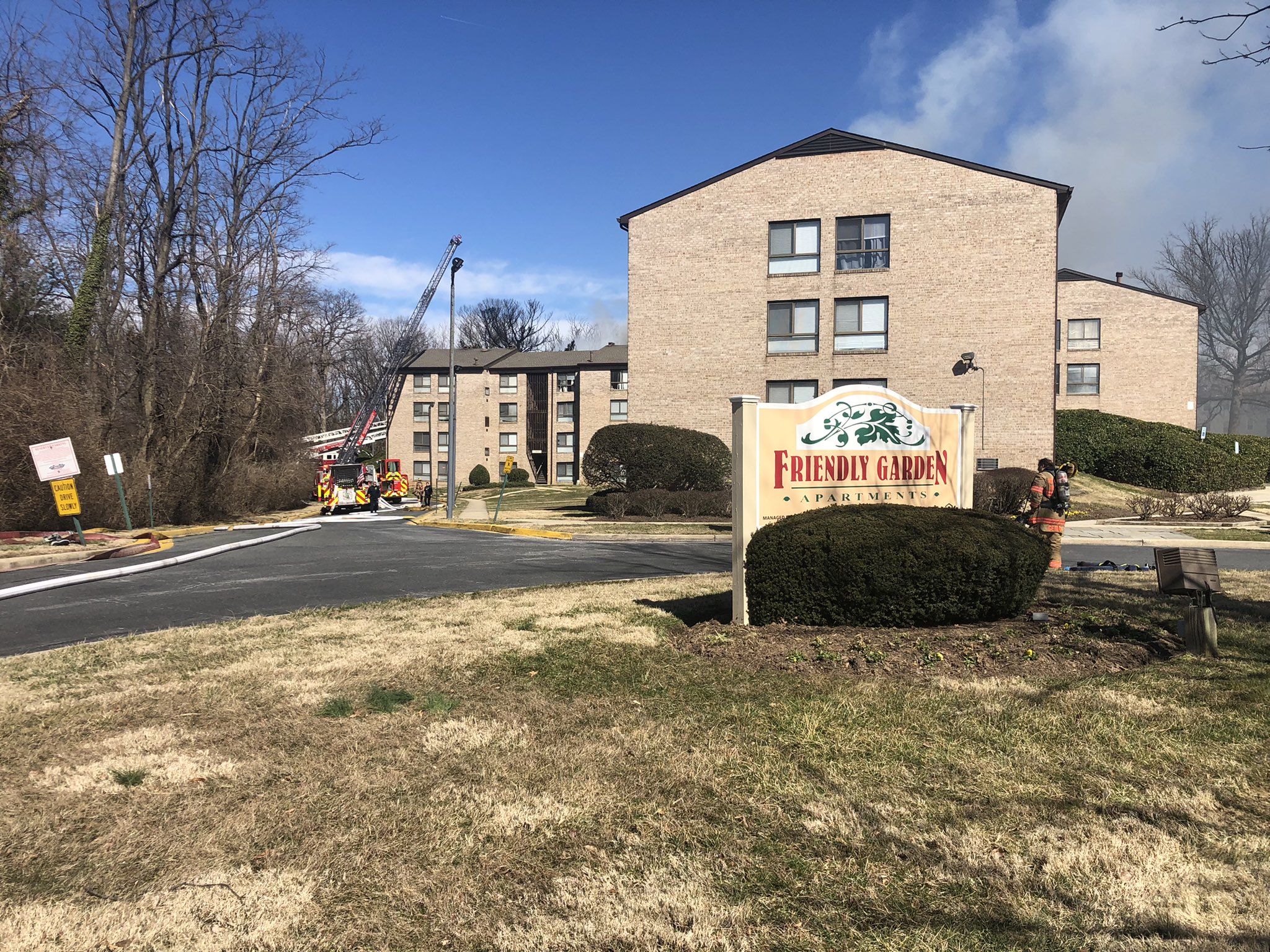 “There are unaccounted-for people,” Fire Chief Scott Goldstein said at a news conference. “It is too early for me to say what initiated this. We are working through a wide range of concerns and possibilities are focus is on life safety at this time.”

Security camera footage captured the moment of the massive blast.

Three buildings near the site were deemed unsafe and were evacuated.

“It’s a tragedy,” Montgomery County Executive Marc Elrich said. “It’s kind of horrifying. When you look at a building and see it gutted with the walls down and all the debris piled up, all I could think of was what happened to the people? Hopefully, they’re at work. It was depressing.”

At the scene of the awful SS apartment fire. Hard to do justice in describing the devastation. This is a link if you would line to name a donation to assist the families devastated. https://t.co/L2BeM8diw4 pic.twitter.com/tJ9XE0v4Xa

A donation page has been set up to help the residents impacted by the fire and explosion that devastated the Friendly Garden Apartments in Silver Spring. This incident caused serious injuries and displaced residents. For how to donate ➡️ https://t.co/hZSUO6p3oU. pic.twitter.com/iQlAV5JbuH

“Councilmembers are keeping the residents of the Friendly Garden Apartments and the neighboring community members in our thoughts and prayers after today’s horrific explosion, fire and building collapse. We are grateful for the swift action of our first responders and the selfless actions of the residents who risked their own lives to save others.

“Multiple Montgomery County agencies, including the Department of Health and Human Services, and community partners, such as the Red Cross, are working together to provide medical care, food, clothing and shelter to all those who have been displaced.

“The Council also stands ready to assist survivors, family members and neighbors by doing everything in our power to provide support during the recovery and rebuilding process. In addition, we will be working with Montgomery County Fire and Rescue Service to determine the cause of the explosion, fire and building collapse and to take the steps necessary to help prevent a similar tragedy in the future.”

The Bureau of Alcohol, Tobacco, Firearms and Explosions (ATF), the Maryland Office of the State Fire Marshal, Maryland State Police, and Maryland Department of Emergency Management were all on scene.

The cause of the explosion remains under investigation.