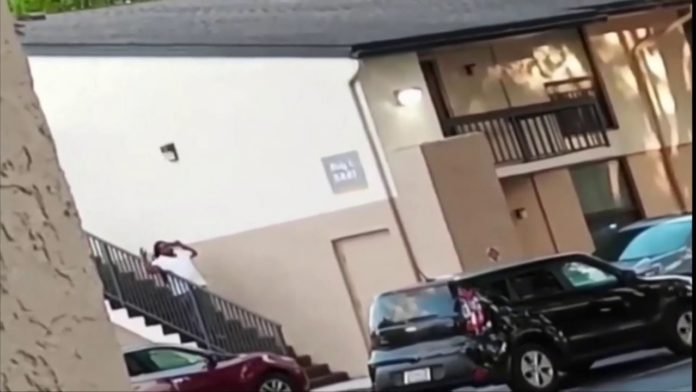 Shortly after 7 p.m., Regional Communications received a 911 call in reference to a domestic disturbance at 5881 N.W. 57th Court in Tamarac. When deputies arrived, Kimani Pearce was armed and stood blocking the exterior stairway that led to the couple’s apartment.

Deputies repeatedly ordered Pearce to put down his gun, but he refused to comply. After nearly half an hour of de-escalation attempts by the deputies, Pearce took aim at the deputies. The deputies fired, and Pearce was struck multiple times.

Tamarac Fire Rescue transported him to a local hospital with injuries that are not life-threatening.

Once deputies made their way into the home, they found Merica Green, Pearce’s girlfriend, bleeding from a gunshot wound to the torso. Her injury is not life threatening. Tamarac Fire Recue trauma alerted her to an area hospital, and she is expected to survive.

Pearce is now facing charges for aggravated battery with a deadly weapon and several counts of aggravated assault on an officer.

No deputies were injured. Per BSO policy, the veteran captain who fired his weapon, as well as the other five responding deputies, have been placed on administrative assignment.