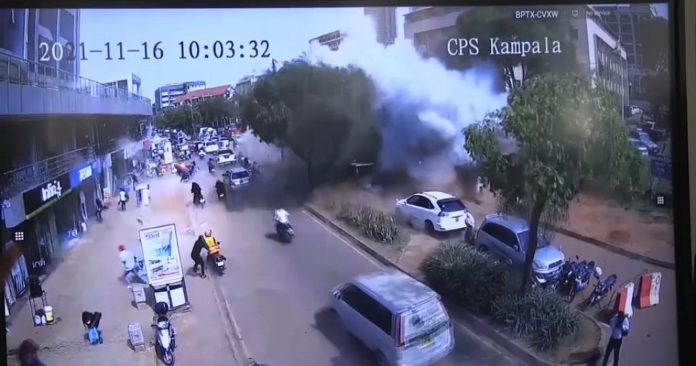 Three suicide bombers killed at least three other people in blasts which rocked the heart of Uganda’s capital Kampala on Tuesday. 33 people were hospitalized, 5 of them critical. The Islamic State has claimed responsibility for the attack.

VIDEO: In the press briefing, Police also officially released CCTV footage showing how the deadly attack at Central Police Station (CPS) happened. The suicide bomber (one with a back bag in the video) died instantly according to the force. #NTVNews