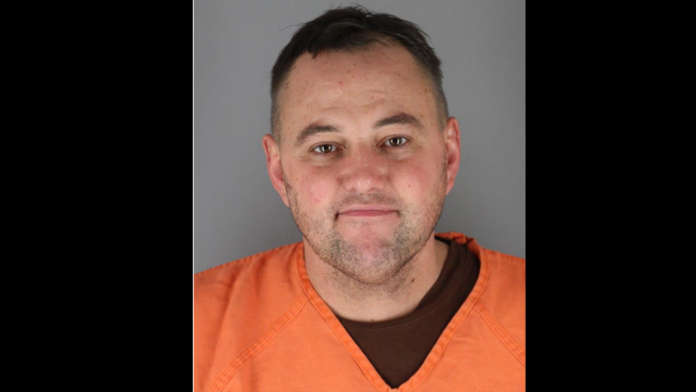 MINNEAPOLIS — A Burnsville man has been charged with one count of threats of violence and one count of property damage, Hennepin County Attorney Mike Freeman announced Tuesday.

Jason Gerardy, 39, was charged for smashing car windows which belonged to his father and a Somali man.

According to the criminal complaint, on Nov. 23, Bloomington Police were dispatched to an apartment building near 9100 Old Cedar Ave. where witnesses stated a man was smashing car windows with a large piece of metal in a parking lot nearby. Matching witness descriptions, Gerardy was found walking on Old Cedar Avenue bleeding badly from his right hand. He told officers he smashed windows on his father’s car following an argument they had, and also broke “some Somalian’s windows” based on his racial biases.

Police went to the parking lot and found three heavily damaged vehicles. One individual—both Somali and Muslim—whose car was damaged by Gerardy said he was “afraid of him” since Gerardy had made comments to apartment neighbors that he does not like Muslims. Gerardy’s father had two vehicles that were damaged with estimated repair costs of nearly $5,000, the complaint states.

A witness visiting his girlfriend told police he was on a first-floor balcony and saw Gerardy smashing car windows. Gerardy repeatedly threatened the man with a large piece of metal. Gerardy stated that he was going to “kill” this person while also using a racial slur to insult the individual, the complaint continues.