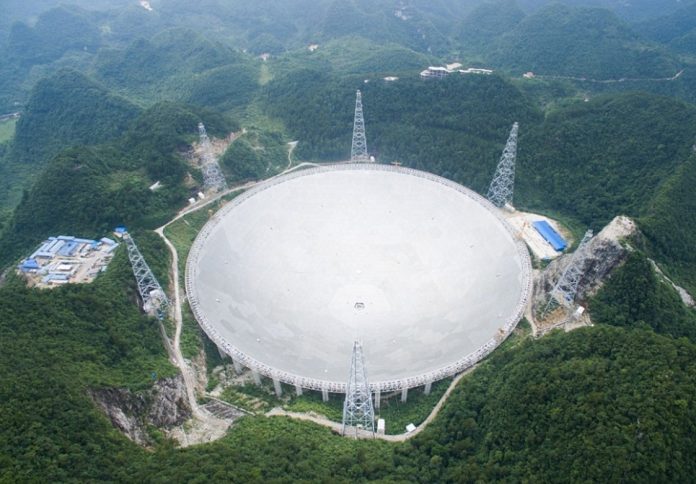 WATCH: (Scroll Down For Video) China has completed the installation of the world’s largest radio telescope.

The last of over 4,400 panels was installed at the site in Guizhou province on July 3rd.

The assembly of the telescope, nicknamed FAST, began in July 2015.

Wu Xiangping, the director-general of the Chinese Astronomical Society, told Xinhua: “Having a more sensitive telescope, we can recieve weaker and more distant radio messages.”

“It will help us to search for intelligent life outside the galaxy and explore the origins of the universe.”

Despite the country’s peaceful explorations into space only beginning in the 1990s, they have already sent a human into orbit, and are currently planning the launch of a space station and a manned mission to the Moon, both scheduled to take place at some point in the 2020s, reports the Independent.