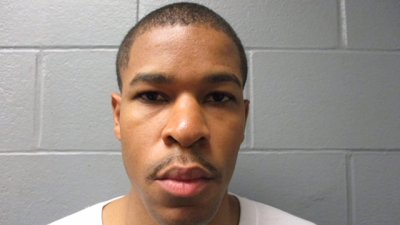 A Cleveland police officer is facing several charges after prosecutors say he filmed himself urinating on a young girl in public.

According to WEWS, Officer Solomon Nhiwatiwa, 34, ‘while off-duty, approached the girl near Euclid Avenue while she was waiting for the school bus. Nhiwatiwa asked the girl if she wanted a ride to school and after she refused, he drove away. Around a minute later, Nhiwatiwa parked his car, walked up to her, exposed his genitals and urinated on her while filming the incident with his cell phone. Afterwards, he got back in his car and drove away.’

Cuyahoga County Prosecutor Michael O’Malley said, “These actions are impossible to comprehend. My office will hold him accountable and ensure that he never holds the position of police officer again.”

The full list of charges can be seen in the news release below. 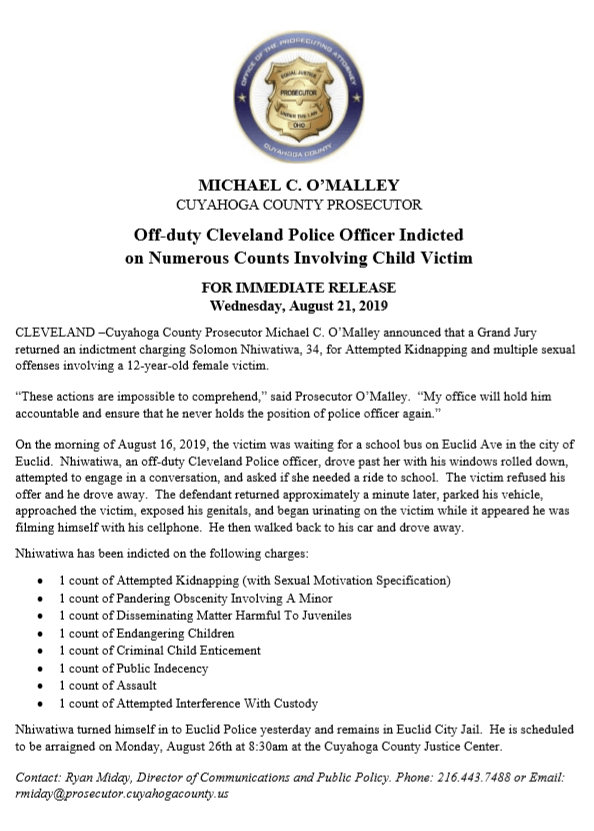