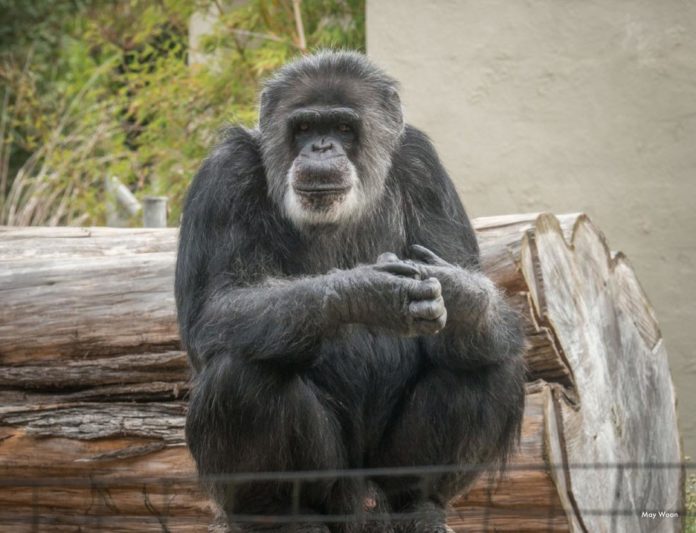 The San Francisco Zoo announced Sunday that their beloved, Cobby, a 63-year-old chimpanzee, has died:

We are heartbroken to share the sad news of the passing of our beloved Cobby, 63-year-old male chimpanzee. Cobby, a gentle soul, brought a calming presence to our troop of seven and was a protective companion to Minnie and Maggie, who he lived with for 42 years. As the oldest male chimpanzee in any accredited North American zoo, he bridged generations of zoo-goers as a fan favorite and was beloved by all.

Over the years, Cobby enjoyed resting on the various platforms, snacking on his favorite foods, climbing up high, and interacting with his keepers. In more recent years, after our troop moved into the new Great Ape Passage, Cobby was especially fascinated with the large viewing windows that offered a chance to see guests close-up and vice versa for the first time ever. Cobby was the respected elder and was able to bring together a newly formed troop with the addition of four adults chimps. The loss of Cobby’s larger-than-life presence will certainly have an impact on everyone, especially Minnie and Maggie.

Cobby was a major part of the #SFZoo family. He touched so many lives, and staff and visitors alike have so many memories of him. It was a privilege to know him. We will miss you dearly, Cobby!