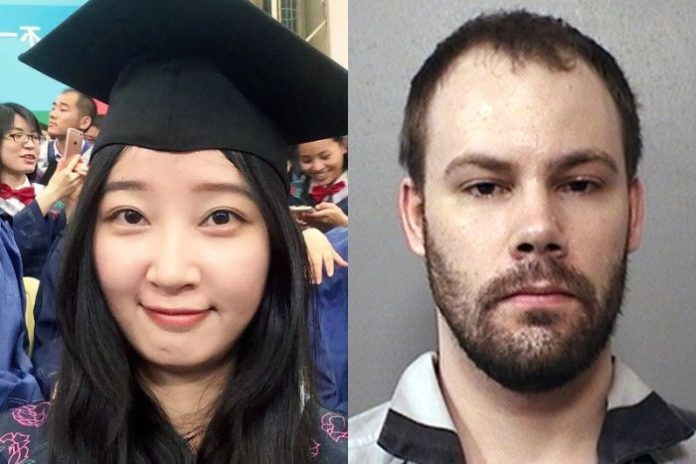 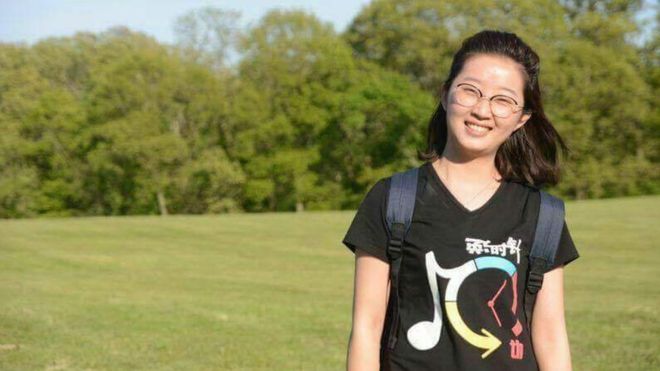 PEORIA, Ill. – U.S. District Judge James E. Shadid Thursday sentenced Brendt Christensen, 30, to serve the rest of his life in prison with no possibility for release for the June 9, 2017, kidnapping and murder of Chinese student Yingying Zhang. Judge Shadid imposed the mandatory life sentence this afternoon after the jury in the case was unable to reach a decision regarding the sentence.

On June 24, 2019, the same jury deliberated approximately 90 minutes before returning guilty verdicts against Christensen for the charge of kidnapping resulting in death and two counts of making false statements to FBI agents. Jurors began hearing evidence in the case on June 12. The sentencing phase of the trial began on July 8, 2019. After deliberating approximately nine hours yesterday and today, the jury advised the court that they were unable to reach a decision regarding sentencing.

“Tragically, a young woman’s life was cut short by the evil crimes perpetrated in this case,” said Assistant Attorney General Benczkowski. “The Department of Justice insisted on holding the defendant accountable to the fullest extent of the law, and hopes that today’s outcome delivers some measure of justice for Yingying Zhang and her family.”

“Our thoughts and prayers remain with the family and friends of Yingying Zhang who have suffered a tragic loss under unimaginable circumstances,” said U.S. Attorney Milhiser. “I would like to recognize the coordinated work of law enforcement and the incredible strength and resolve shown by Yingying’s family throughout the investigation and in their continued presence at trial to bring this brutal killer to justice.”

“Today justice has been served and the defendant in this case will be held responsible for his actions and this horrific crime; a crime which he planned and then carried out without regard for the victim. I would like to thank our law enforcement partners for their tireless efforts and dedication,” said Sean M. Cox, Special Agent in Charge, FBI Springfield Division. “Although the verdict and sentencing of the defendant will not lessen the pain of Yingying Zhang’s family, it is my sincere hope that it provides some closure to her loved ones.”

“We hope that the conclusion of this trial and sentencing can help to begin the healing process for Ms. Zhang’s family and loved ones, as well as the many others who have been affected by this tragedy,” said University of Illinois Police Chief Craig Stone. “The strength of our campus community has been evident since the beginning, and I am grateful to all those who worked together in this investigation and were determined to bring closure to this case.”

Evidence was presented during the trial that the victim, Yingying Zhang, 26, had come to the U.S. as a visiting scholar in April 2017, to begin post-graduate research work at the University of Illinois, Champaign-Urbana campus. Zhang disappeared on June 9, 2017, as she was on her way to an appointment to sign an apartment lease. She was reported missing later that day when her colleagues tried to reach her and she did not respond.

Security camera footage of a bus stop taken on June 9, shows Zhang entered a car, which investigators determined belonged to Christensen, after Zhang had texted the apartment manager that she was running late for her afternoon appointment. A witness also testified that on the morning of June 9, she was approached by a man she later identified as Christensen, who posed as a police officer and asked her to get into his car to answer questions. The woman did not enter the car and contacted law enforcement to report the incident.

Investigators contacted area owners of the type of car, a black Saturn Astra, captured by the security camera at the bus stop. As investigators studied the video, they discovered a noticeable irregularity on the hubcap of the front passenger tire that matched the vehicle owned by Christensen.

When Christensen was questioned about his activity on June 9, 2017, he made false statements to FBI agents on two occasions, on June 12 and again on June 15. During a vigil walk held on June 29, to raise awareness in the search for Zhang, Christensen attended the walk and described how he had killed Zhang to his then-girlfriend, who recorded the conversation. He said in the recording, “She’s never going to be found. … She’s gone forever.”

Christensen’s account included details of the crime which were corroborated by evidence including that recovered by law enforcement who executed a search warrant of his apartment on June 30, 2017, the same day Christensen was arrested and charged.

Prosecutors say the killer beat his victim to death at his apartment, beheaded her and took her body to an unknown place in a duffel bag.

The AP reported: Zhang’s father, Ronggao Zhang , begged for that information again Thursday after jurors couldn’t agree on imposing the death penalty. “If you have any humanity left in your soul, please end our torment,” he said through a translator outside court.

Christensen had an opportunity to divulge where the remains were during his sentencing Thursday, with nothing to lose, after he received a mandatory prison sentence of life without the possibility of parole.

But when the U.S. District Judge James Shadid asked Christensen if he wanted to make a statement, he responded, “No, thank you.”

With his background in science, he would have been more capable than most of destroying remains.

Evidence at his trial included a scientific article Christensen downloaded before the killing called, “Beyond the Grave — Understanding Human Decomposition.” It provides detailed explanations of how bacteria, moisture and other factors can speed up decomposition.