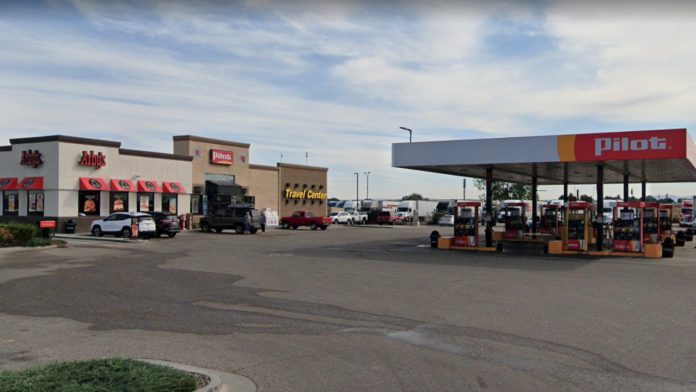 A Colorado man pleaded guilty today to a federal hate crime for stabbing a Black man from Ontario, Oregon while the man was sitting in a fast-food restaurant.

According to court documents, on the morning of Dec. 21, 2019, a man walked into an Arby’s restaurant and adjoining Pilot Travel Center in Ontario where he planned to provide documentation for a pending job application. The man sat in a booth by himself, waiting to meet with the restaurant manager, when Strauss entered the building and approached the man from behind.

Suddenly, unprovoked and without warning, Strauss stabbed the man twice in the neck. The man tried to grab Strauss’s hands and take the knife, and, in the process, managed to prevent Strauss from stabbing him again. A maintenance worker approached Strauss and directed him to drop the knife several times. Finally, the stabbing victim broke free from Strauss’s grip and ran to the other side of the restaurant before collapsing on the floor. Meanwhile, the maintenance worker used a belt to secure Strauss’s hands behind his back and waited for police to arrive.

While they waited, the worker asked Strauss why he stabbed the man. Strauss replied, “Because he was Black, and I don’t like Black people.”

Strauss was arrested at the scene. He later admitted he was trying to kill the man because was he was Black.

As a result of Strauss’s attack, the stabbing victim suffered two lacerations to his neck. He was evaluated in Ontario and subsequently life-flighted to a hospital in Boise, Idaho for emergency surgery.

“The defendant is being held accountable for his vicious, racially-motivated attack on a Black man who was targeted because of the color of his skin,” said Assistant Attorney General Kristen Clarke for the Justice Department’s Civil Rights Division. “Racially motivated acts of violence must not be tolerated in our country today. The Civil Rights Division of the Department of Justice will continue to work with our federal, state and local partners to ensure that individuals who commit bias motivated crimes are brought to justice for their actions.”

“This crime serves as a horrifying reminder that racism and bigotry still exist and threaten the safety of communities of color,” said Acting U.S. Attorney Scott Erik Asphaug for the District of Oregon. “Hate crimes not only hurt victims, but spread fear across entire communities. This conviction should send a strong message that federal law enforcement will not tolerate hate-motivated acts of violence and will move swiftly to hold those responsible accountable.”

“Everyone deserves to go to work without fearing they will be a victim of violence because of how they look or how they live. Racist attacks like this one—powered by hate and grounded in ignorance—strike at the heart of our community,” said Kieran L. Ramsey, Special Agent in Charge of the FBI in Oregon. “We should all draw strength from our diversity and work together to protect our neighbors.”

On Sept. 17, 2020, a federal grand jury in Eugene returned a single-count indictment charging Strauss with a hate crime involving an attempt to kill.

Strauss faces a maximum sentence of life in prison. He will be sentenced on Sept. 9 before U.S. District Court Judge Michael J. McShane.