A Minnesota State Patrol trooper was charged with felony stalking for taking a woman’s cell phone, opening it and sending to his phone her private photos, Hennepin County Attorney Mike Freeman announced Tuesday.

Albert Kuehne, 36, of Dayton, was charged with two counts of stalking with bias due to the fact the victim was a woman. 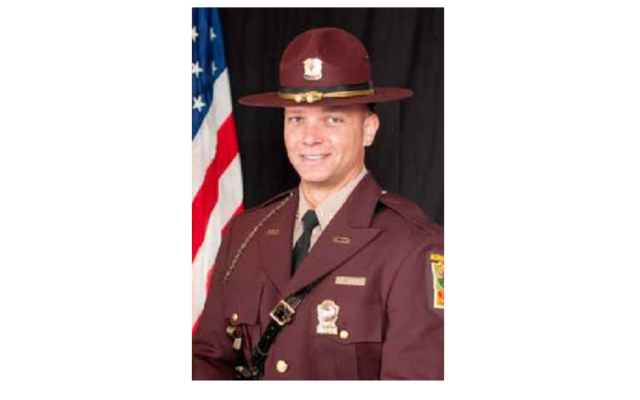 According to the criminal complaint, Kuehne worked a single-car accident at Interstate 94 and Cedar Avenue. The driver of the car was a 25-year-old woman and Kuehne detained her as a possible drunk driver. Ultimately, she was taken to a hospital where she was treated and released.

When she returned home, her boyfriend was using the woman’s laptop computer which is linked to her cell phone. The laptop records showed the woman’s phone was accessed and nude photos of her were texted from it to an unknown phone, the complaint states.

Her boyfriend called the phone number and the person who answered eventually identified himself as Kuehne, according to the complaint. The woman called a lawyer, who reported the incident and the Minnesota Bureau of Criminal Apprehension began an investigation.

Kuehne’s squad video showed him leading the woman to his squad car. Along the way, the woman took out her phone and when he realized that, Kuehne demanded that she give him the phone. The cell phone records indicate the photos were sent from the woman’s phone at 4:44 p.m. and the squad video showed Kuehne alone in his squad at that time while paramedics treated the woman, the complaint states.

Using a search warrant, investigators seized Kuehne’s phone and they found three photos of the woman on his phone, according to the complaint.