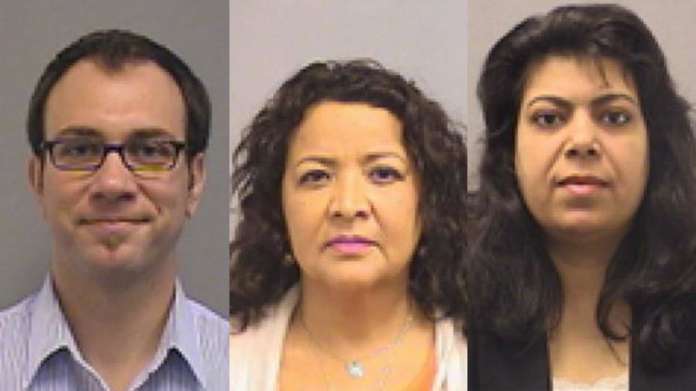 Current and former Fairfax County Public Schools employees are facing charges after an investigation found that several non-verbal children with intellectual disabilities at Freedom Hill Elementary School in Vienna had been assaulted. Those facing charges were either involved in the assaults or had knowledge they were taking place and did not report them. Detectives from our Major Crimes Bureau began their investigation in September when a concerned teacher observed bruising on a student and contacted school administration and Child Protective Services (CPS).

Detectives immediately conducted interviews and examined all available evidence. Detectives believe that six juvenile victims were assaulted by FCPS staff who provided direct instruction and support to students with intellectual disabilities between April and September 2019. The abuse ranged from assault and battery to cruelty and injuries to children.

On Monday, evidence was presented to a grand jury who indicted the following individuals on the charges below.

During their investigation, detectives learned that criminal acts toward students also occurred during the 2018-2019 school year. The complaints of suspected abuse were reported to the previous principal of Freedom Hill Elementary School, Scott Bloom, during his tenure in the 2018-2019 school year. However, the complaints were not subsequently reported to CPS or the police, as required by law. This led to a charge of fail to report against Bloom, 39, of Reston.