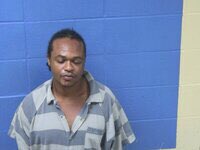 Perry County Detention Officer Jeremiah Story, 21, of Oppelo (Conway County) died at a Conway hospital early today after he was shot by an inmate who was in the process of being booked into jail. The incident occurred inside the county jail at Perryville about 10:20 PM, Wednesday (June 22nd).

Story was shot with a pistol as he stood in a bathroom where the inmate was changing out of civilian clothes into jail issued attire.

Roderick Lewis, 37, of North Little Rock had been arrested by Perry County sheriff’s deputies earlier in the evening and was to be detained on drug and paraphernalia charges.

A witness to the shooting was able to disarm Lewis who was later transferred to the Faulkner County Detention Center at Conway while state police special agents continue their investigation.

The investigative case file being prepared by the criminal investigation division agents will be turned-over to the Perry County prosecuting attorney who will consider the appropriate charges to be filed against Lewis.