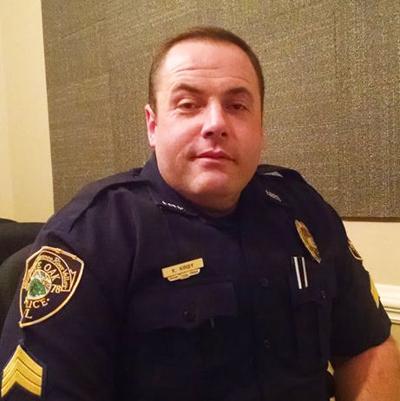 Jacksonville, Florida – Maria Chapa Lopez announces that, on September 17, 2019, a three-judge panel of the United States Court of Appeals for the Eleventh Circuit affirmed the 120-year federal-prison sentence of Kyle Adam Kirby (39, Live Oak), who was convicted of producing, attempting to produce, possessing, and accessing images and videos depicting the sexual abuse of minors. Kirby was arrested on October 28, 2015, at the Live Oak Police Department (LOPD) and has remained in custody since that date. A federal jury found him guilty on December 7, 2017.

According to testimony and evidence at trial, on October 22, 2015, FBI agents and other law enforcement officers executed a search warrant at Kirby’s residence as a result of an online child exploitation investigation. At that time, Kirby was a sergeant with the Live Oak Police Department. That same morning, the LOPD chief authorized the agents to inspect and search the computer located inside Kirby’s patrol car. A forensic examination of this computer revealed that it contained images depicting young children engaged in sexually explicit conduct. Kirby had used the patrol car’s computer to search for, download, access, and possess child pornography from as early as December 24, 2014.

A later search of an LOPD desktop computer used by Kirby revealed images depicting nude and partially undressed children in at least three different bathrooms. The evidence at trial revealed that Kirby had used one or more concealed cameras to surreptitiously film the unsuspecting minors. He had then transferred these images to the LOPD desktop computer and later had unsuccessfully attempted to delete them. Agents were able to locate folders on the computer named for several of Kirby’s victims.

The Court of Appeals also held that Kirby’s sentence was not unreasonably long, noting that, before imposing the longest sentence that it could, the District Court had “thoroughly discussed Kirby’s particularly heinous conduct and direct participation in the creation of child pornography, his breach of public trust as a police officer, and his total failure to take responsibility for his actions.”

This case was investigated by the Federal Bureau of Investigation, the Columbia County Sheriff’s Office, and the Florida Department of Law Enforcement, with the full cooperation of the Live Oak Police Department. Assistant United States Attorney D. Rodney Brown prosecuted the case in the District Court, and Linda Julin McNamara, Sara Sweeney, and Michelle Thresher Taylor represented the United States on appeal.